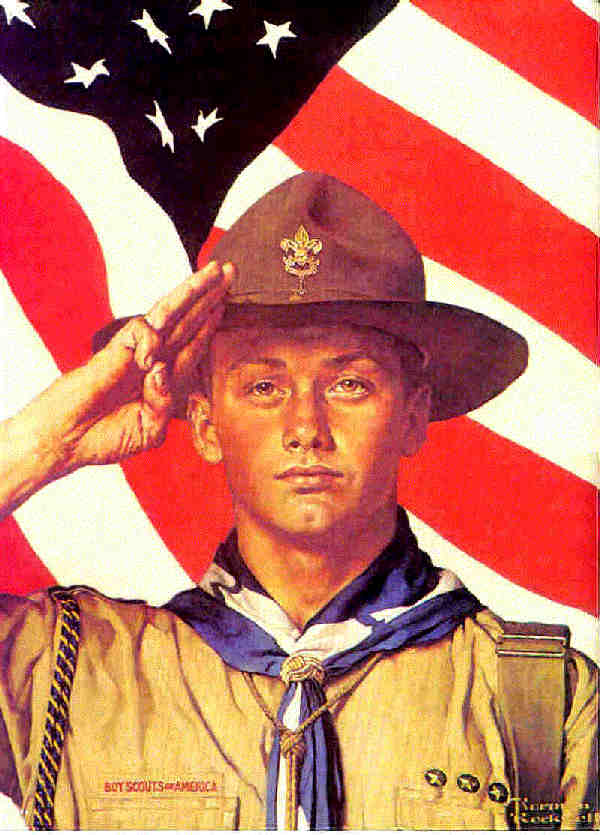 Thinking about this story, Some Churches Say They’ll Cut Ties to Boy Scouts Following Its Lifting Ban on Gay Scouts, a first reaction might lead you to lambaste the people who’d do such a thing.

On the other hand, they’re not acting, they’re REacting. There’s something in their heads that causes them to do so. And it’s THAT, the thing that drives their behavior, their actions and thoughts, that’s the real villain.

Our real enemy is religion itself, the poisonous-fantasy-group-think that drives the actions of the people who do these things.

Yes, we have to fight these social justice battles in the arena of human flesh, human acts. The wars of civil rights, gay rights, women’s rights, atheist rights, face real human adversaries who — with muscle and words and acts — work to oppose our goals and values.

But the real enemy, the enemy that serves as the foundation of all this strife, is not strictly people. The real enemy is ideas.

That realization is making me rethink Daniel Fincke’s Civility Pledge.  (I was never opposed to it, but I wanted to think about it at length before committing.)

Interesting. Google “civility pledge” and you get a variety of hits, including this one from Chris Clarke:

We’re all still working on it.

Lest we forget, the Boy Scout Oath says:

On my honor, I will do my best
To do my duty to God and my country and to obey the Scout Law;
To help other people at all times;
To keep myself physically strong, mentally awake and morally straight.

That second line is interesting, isn’t it? In this quintessentially American organization, God comes before country.