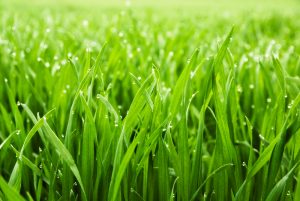 This is not a very happy piece. But I’m writing it anyway because … well, not every aspect of the real world IS happy. And this is one aspect that, in my opinion, requires some very careful thought by a lot of people willing to face a certain amount of grim reality in order to respond in a way that prevents or slows it.

Did you know grass has a goal?

It’s hard to think of a brainless thing like grass having a goal, but it does. Its goal is the goal of every living thing – to live, to survive, to keep on keeping on. One of the necessary subgoals of that is to produce more offspring than needed for replacement.

Grass is good at that. If the goal was mere replacement, for every grass plant that died, only one seed would be needed, right? In a perfect environment, that is, each plant would produce a single seed, and that would be that.

But one seed is nowhere near enough, because a LOT of things can happen to prevent one seed from germinating and growing into another grass plant. Insects, birds, weather, bad soil, no soil, no water, being crushed by herbivore hooves, too much sun – all sorts of things can come between the replication of that parent plant from a single seed. So each grass plant has to produce dozens, hundreds of seeds. Each seed that germinates will grow into a plant that does the exact same thing.

Where does it stop? When does grass stop reproducing and spreading? Never. It never stops. The goal of grass is to cover the entire surface of the earth with grass. Given no grass-eating mammals, no insects or seed-eating birds, no opposition for resources from other plants, every land mass on earth would be covered with grass.

You will understand at once that it’s a ridiculous idea. Every person reading this can come up with objections as to why it could never happen that grass, and grass alone, could cover the earth. For instance, the sand at the shore of every sea is too salty for grass to cover. There’s not enough water in the deserts. If we had a world with no animals or insects, there would be no carbon dioxide for the plants to use. Not to mention the atmosphere would eventually fill up with poisonous concentrations of oxygen. And of course there are a helluva lot of other plants competing for the same resources.

But that doesn’t change the underlying goal of grass. For some of us, just because you can’t eat all the chocolate ice cream in the world doesn’t stop you from WANTING to. And grass, conscious of none of the surrounding conditions – inescapably destined by evolution — has no choice but to carry out its programming, to grow, grow, and keep on growing … until it is stopped by some OUTSIDE force.

It seems to me human reason operates like a seesaw with human emotion. More emotion, less reason. More reason, less emotion. I even made up a saying about it, some years back:

I think the evidence will bear me out. You get people angry or afraid, they’re less able to evaluate a situation and make rational decisions regarding it. It’s why the prime crowd-control tool of rabble-rousers and dictators – and Donald Trump – is intense emotion. “They hate us. They’re going to kill us all. That’s why we have to attack now!” “We have to support the troops! They keep us safe!” “The libtards want to let these illegal aliens come in and rape our women, turn our kids into drug addicts!”

Fear, anger, hate … but also love. People fall head-over-heels for partners everybody around them can see will be a complete disaster. But they, their reasoning brains overcome with emotion, carry on anyway. “I know he sells drugs and kills people, but I love him!”

I think of humans as having two general sorts of mind-traits. There are what I call our “beasty” traits (not beastLY, but beast-Y), and then there are our humany traits.

Beasty traits are pretty much all of our emotions and desires, the mental assets we share with the critters around us. Anger and fear, for instance, can be observed in dogs, horses, even crows. Curiosity, the desire to explore and learn – if for no other reason than to identify potential dangers (but also to discover new food sources) – shows up pretty much everywhere in the animal kingdom. The urge for mothering, for taking care of offspring, is something even crocodiles have.

Humany traits are things like reason, artistic creativity, inventiveness. I don’t mean to say they’re totally exclusive, that no other animal possesses such attributes, but these are some things humans can do that very few other species can. And they’re the defining characteristics of our immense success.

We like to think of ourselves as humany humans, but … mostly, we’re not. We’re beasty humans. In my day job, I work with the drug using population, a lot of them out of New York City, and some of them are such bundles of irresistible, irrational drives they seem barely human.  (And if you think that’s unfair and uncompassionate, you haven’t met these people. Some of them are uncanny-valley, inhumanly SCARY. And the ones I interact with have already gone through an extensive screening process that weeds out the worst of the worst.)

“Beasty” and “humany” applies not only to mind traits, of course. Most of our physical makeup is also beasty. You think of your elbow as a human elbow, but it’s an evolutionary hand-me-down so common it’s shared by bears and raccoons. The deepest and most critical parts of our brains, however humany we want to think brains are, are beasty. And this is where all our emotions and drives originate.

So the thing is, our beasty mind-traits are PRIMAL. They are basic and insistent in a way that takes considerable effort to overcome. When you stand on a tower ready to slide down a 100-foot high zipline, you might know intellectually that the thing is safe, but the gut-fear that urges you NOT to do this thing is almost irresistible. Your rational, evaluative mind can see the thick steel cable, the strong metal hardware that holds it together, the obviously safe military-grade strapping of your harness, but letting go and zooming out along that line is still something most of us can do only with great effort.

This “great effort” is an important detail of the discussion underway. All of us have these emotions and drives that arise from the deepest parts of our brains, not all of us have the higher-brain ability to resist them. Or if we do, it takes serious effort.

Witness the obesity epidemic in America. Too many of us have this powerful beasty drive to eat and eat and eat, sweet and salty and greasy, and never stop eating. Too few of us have the humany higher intellectual capacity to resist – at least enough to keep our weight in line. And some of us – Jesus! – have no resistance at all.

Bear in mind that this beasty-easy/humany-hard divide applies not simply to individuals, but to the statistical field of humans as a whole. Worldwide, we’re damned good at fucking and fighting, damned poor at going to college and getting higher educations, damned poor at THINKING RATIONALLY about anything.

We actually have to hire and train people – cops and soldiers, but also priests, coaches, etc. – to keep us from leaping at each other’s unprotected backs.

Colleges, on the other hand, are open to everyone. Any pro-college people we hire work to get us INTO the experience of college rather than keep us out of it.

The point is, our beasty drives are present in full force in pretty much every human alive. But our humany traits take work to develop and use, and are, as a result, comparatively scarce.

Worldwide, and in humans as a whole.

The goal of grass, to put it in Saturday morning cartoon terms, is to NYAH-AH-AH!! RULE THE WORLD!! To cover the earth. It is a goal programmed in by evolution, due to the fact that all strains of grass that followed a circumspect one-seed policy no longer exist. Only the ones who learned to avidly advance and keep advancing survived the fierce competition of nature’s predators and devourers, and all other destructive counter-forces, whatever they might be.

But RULE THE WORLD is also the goal of humans. To grow, to reproduce, to increase in numbers, to spread out, to explore and conquer and make safe all the places in the world where humans can possibly exist. It’s why there are houses and lawns and roads every place in North America, where once were vast tracts of wildlife-rich wilderness. It’s why we have to make a special effort via national parks and designated wilderness areas to have anything approaching “wild” left in America. It’s why there are 7.5 billion humans on planet Earth today, where there were slightly more than 3 billion when I was born.

And here’s the thing. Resisting that urge “to grow, to reproduce, to increase in numbers, to spread out, to explore and conquer and make safe all the places in the world where humans can possibly exist” takes a special CONSCIOUS, DELIBERATE AND SUSTAINED effort. Not just of one person or a thousand people, but pretty much every single person on the planet.

And here’s the other thing: We can’t do it. We can be beasty and reproduce because it takes no thought at all. By our own natures, we are urged to do it.

But we can’t be conscious and deliberate over the long term to control our basic urges because it takes immense sustained effort … and we’re just not up to it. The evolutionary cards are stacked against that result.

Brainless grass never gets to rule the world because there are plenty of counter-balancing forces that stop it. But brainy humans … there’s not a lot to stop us.

Because of our relatively high intelligence here on planet Earth, we are succeeding at ruling the world. Because of the limits of our intelligence in comparison to our basic drives, we are failing to notice that we are killing the planet under us.

And again, there’s not a lot to stop us.

The point of this entire essay is a grim one: We’re using up the Earth and we can’t stop ourselves.

We’re not smart enough to stop ourselves.

We have basic drives that are more powerful than our intellects, and those drives are EASY, whereas dispassionate reason is HARD.

Of course, some of us will complacently insist, there are natural forces – disease, resource depletion, etc. – that can stop us. This human over-growing of the world’s resources will all come to an end someday.

My lament in the face of that assertion is that even if those forces leave alive some few of us, it will be the beasty humans – ready to fight and fuck and consume – and not the humany ones.

The ones I care about, the ones who stand a chance of creating a sustainable human future, will either all die or survive as an attenuated, powerless minority.

Earth will be filled again with beasts and beasties rather than reasoning, intelligent humans. And it will start all over again.