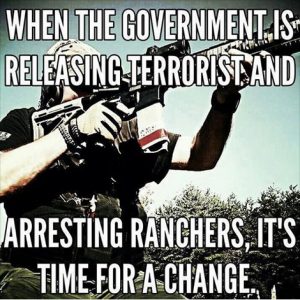 I’ve thought many times that there should be a Handbook of Sudden Fame and Riches, a little something that would provide needed guidance to child actors, lottery winners and overnight-sensation rock stars. The basic idea of the thing would be “Yeah, this is all great and stuff, but how do you handle it all so as to survive and be sane and successful LATER?”

For child actors, one of the lessons would be “This isn’t forever. Eventually you’ll be less cute, less appealing to that fickle audience, and they’ll stop paying to see you. The number of child actors who transition to successful adult acting careers is vanishingly small, and there’s a good chance you won’t be one of them. Invest the money rather than spend it. Also, get an education. And maybe take some real acting lessons.”

For lottery winners, the lesson might be “Your life is undergoing as drastic a change as if someone you love had died. It looks like a positive change to you, but you’ll later find it’s not all positive. The foundation of your earlier life — your values, your real friends and family, your home and neighborhood — is gone, and you’re going to have to find a way to live with the situation until you build a new one. There are people out there who can spend a million dollars in a month. If you become one of them, the money won’t last. And then you’ll be without your old home and friends and neighbors AND without the money. Feel your way into this gradually; don’t make any drastic changes in the way you spend, the way you treat people, etc.”

For rebels like Ryan and Ammon Bundy, I think the lesson might be “Don’t believe your own press.”

Here’s the latest on the “militia” members captured in Oregon:

During the occupation, the militants frequently used social media to threaten and intimidate. They warned they would stay for years if necessary, and would use their guns if law enforcement tried to arrest them. They said they were willing to fight to the death. 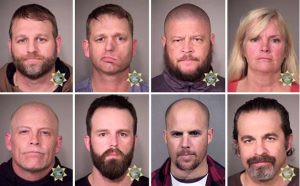 But … they didn’t, did they? Only Lavoy Finicum stuck to his guns, dying in the snow next to a remote road. The rest surrendered to law enforcement.

After reviewing the lengthy list of the occupiers’ boasts and threats, Judge Beckerman denied all the men bail, saying they pose a danger to the community, and that she is concerned they would not obey the court’s order to return to Oregon for criminal proceedings.

Ironic. Denied bail because the judge is concerned they won’t obey the court order to return to Oregon for trial. In the act of rebelling against government itself, they’ve convinced a government official they can’t be trusted to cooperate.

When I picture them going back home and forting up again, in a place where they can draw supporters for ANOTHER armed standoff, I have to agree.

As to the remaining four occupiers of the federal wildlife refuge, it’s hard to tell if they’re still believing their press or if they’re hoping for some fairy-godmother-like event that will set them free.

We’re not dead yet,” he said, repeating a theme that he and others have expressed through the weeks of the occupation. They’ve said they will only leave if given immunity from prosecution and are ready to die defending their position.

Oh yeah, they’ll TOTALLY get immunity. Probably get a ride home in a chauffeured limo too, with champagne and snacks.

It will be interesting to see what sort of arguments they all make in their defense. I don’t guess an impassioned faux-patriotic stand will play well with the court.

Interesting too to think that this ultimately SILLY sideshow has lost their father Cliven Bundy a handful of pawns and two of his knights, making him freshly vulnerable. You can bet nobody has forgotten him and his grazing fees, or the fact that his defenders were aiming rifles at law enforcement officers not long back.

Now for some long and, for these guys at least, dreary trials. I imagine them seeing themselves all this time in a heroic fantasy as valiant defenders of The Constitution, and now facing the dull, real-world fact that they will never sleep in their own beds again, never again wear their own clothes, never again eat home-cooked food. The drab machinery of government has swallowed them, and they will never come out of it.

They probably swore to each other, over and over in recent weeks, that they were willing to give their lives for their cause. The thing is, as they’re realizing now, they HAVE given their lives for it.

I’ll bet it will come to them many times over the decades ahead, sitting lonely and forgotten in federal prisons while the world outside moves on, that Finicum got off easy.

I’ll tell you something. There’s a part of me that sees this as part of a larger whole, in which great numbers of people are being lied to and frightened and incited daily — rather than, say, INFORMED — by the likes of Fox News and the Limbaughs and Becks of the world. In that view, these “militants” are children who have believed the fairy tales, but then taken up adult weapons and stood out in Grownup Land brandishing them.

They will now receive grownup punishments, and there can be no doubt that they should. But really, some large part of the responsibility for what they’ve done lies elsewhere.

I only wish there was some legal mechanism for punishing those others.

I had a post a bit more than a year ago titled A Third Approach to Gender Equality.

The heart of the post was the assertion that male and female humans have certain distinct characteristics separate from each other, and that taking those differences into account — through an overview that admits of something I call “gender asymmetry” — is necessary to develop approaches to equality.

Men have advantages over women. For instance, men’s naturally greater strength and athletic ability. Which means, yes, women are disadvantaged in relation to men, IN SOME WAYS.

Women have advantages over men. For instance, women’s greater social and emotional intelligence, and the protection afforded by having two X chromosomes (helping women avoid hereditary diseases such as color blindness, hemophilia, etc.). Which means, yes, men are disadvantaged in relation to men, IN SOME WAYS.

Here’s a video from PragerU that makes a point about the powerful visual link to men’s sexuality.

But in fact, there’s another conclusion possible: That in designing a future culture fair to both female and male humans, the real facts of male and female nature — their real advantages, disadvantages and innate traits, must be taken into account.

If we leap to the victim-feminist conclusions at every point being made, or attempted to be made, we can never have the necessary discussions that will lead to lasting fairness. 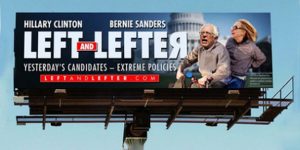 I was reading news headlines and came across one that said, basically, that Bernie Sanders was gaining on Hillary and might present a serious challenge. There’s been a steady flow of these stories since Bernie entered the race. For sensationalistic reasons — a tight race is more exciting to the yahoos — the news media insists on framing the competing campaigns as a neck-and-neck run, with the winner wholly up in the air.

But it hasn’t been. Clinton has had a huge advantage over Sanders, and probably still does have a huge advantage. But he IS gaining ground, it seems, and today I had an uncomfortable moment of thinking he might actually beat Clinton.

For that moment, it disturbed me greatly. But then I thought “What am I worrying about? If it’s not Hillary, I’ll be overjoyed to have it be Bernie.” He’s still one of my preferred candidates, about ten thousand times more than anyone in the GOP stable.

But that led me to thinking about why I actually do prefer Hillary.

1) I want a Democratic President.

It’s imperative the presidency stay in Democratic hands until the GOP is over its teabagger insanity. I think Hillary is the best bet for achieving that. The GOP thinks that too — it’s obvious to me some large fraction of the pro-Bernie-anti-Hillary rhetoric comes with conservative backing. The GOP thinks Bernie is beatable — What? A SOCIALIST president?? — but they are shit-scared of Hillary.

2) I want the Hate Machine to lose.

There have been near-ceaseless attacks against Hillary Clinton since 1992 — 24 years! Fox News seamlessly picked up the hate at their inception in 1996, but the GOP started Hillary bashing even before Bill Clinton was elected. Here was this successful career woman, relatively unknown to national politics, who became the target of a flowing river of slime that continues to this day.

I have to imagine some large part of it is purely sexist. Conservatives don’t like women in positions of power.  When those women simply keep on with what they’re doing, handily ignoring the GOP hatefest, it sends conservatives into spitting rage. I love to think of them conducting this hate campaign for decades, and losing anyway.

3) Hillary is not only qualified, she’ll make a great president. Not only does she possess an admirable personal and professional history, her current candidacy is nicely encapsulated by a non-fan, Dan Holliday:

4) I want a woman president. Not only do I want the world to see Americans electing their first female president, I want to see a woman in the office because … well, because it’s time. Isn’t it? We’ve had an unbroken string of 44 male presidents, some of them unqualified dullards (coughGeorgeWBushcough). Surely there are female candidates fully qualified to hold the office? Yes, there are. Hillary Clinton is one of them.