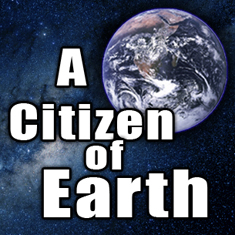 Telling Your Own Story

I have this very strong feeling that each person must “tell his own story,” and that others around him should honor that. For instance, if a friend tells me “I really like that little Jewish girl down the street,” or “I sure don’t like that lemon strawberry cake that Aunt Nita makes. I wish I could tell her but I don’t want to hurt her feelings,” in each case that’s HIS story, and not mine. If he wants to tell his story to others, he will, but it’s not my place to spread around that story. I might WANT to – maybe go to Aunt Nita and say “Nita, I’m not sure Bobby likes that cake. He seems to choke it down each time, but I don’t think he likes it.” Or tell the Jewish man down the street, “Ha! Bobby Summers told me he wants to bang your daughter!”

Or I might tell people “Hey, did you know Bobby Summers has an IQ of 80? I saw the test scores on the teacher’s desk! I thought that guy was just quiet, but it’s because he’s so stupid he can’t keep up with the conversation!”

Or I might whisper “Bobby Summers told me he’s gay! Did you know that? I can’t believe it! Oh, man, wait’ll I tell the others!”

In every case, what I say will change the relationship between Bobby and others – not because of something Bobby might want, but just as a side effect of something >>I<< have done. In each case, I’ve taken the choice out of his hands by telling HIS story. I’ve stolen away some of his freedom.

In the cases above, it’s better for me to keep my mouth shut. I might tell people “I like that Bobby Summers. He’s a damned hard worker and a true friend.” Or “Seems to  me Bobby Summers can drive a car better than anybody I ever met. I think he should be a professional driver!” Or “That lame-ass bastard Summers was late to work today, forcing me to work overtime.” That’s me sharing stuff that includes Bobby, but I’m  telling MY story, a part in which Bobby plays a role.

But in all the personal stuff, the things in which Bobby should be free to make his own choices, it’s better to let Bobby tell the thing, or not tell it, and have each situation and relationship go on as HE chooses for it to go on.

Tell YOUR story. Let others tell THEIR story.

The Tribes of Man and Woman

I suspect there’s a certain evolutionary necessity that creates and maintains these two cultures, that being a part of Guy Culture is a vital part of a boy’s growing up to be a man, and ditto for Gal Culture and girls.

The Internet flattens things out gender-culturally, so that jokes that might usually be told exclusively in Guy company, or thoughts that might formerly be expressed exclusively in Gal surroundings, are now – if they are shared online, that is – opened out in front of everybody. Which brings some interesting pressures to bear on both.

As of now, the side cultures haven’t disappeared. For instance, there are jokes and thoughts and observations I tell only my close male friends – things I deliberately do NOT say online – and I know there are things women say to each other that men don’t get to hear.

But it would be cool to jump ahead a thousand years or so and see what the two cultures look like, or even if they’ve survived, to see what social or personal pressures the situation brings to men and women of the time. 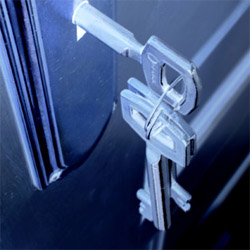 I woke up this morning with the picture of JJ Danesworth in my head. And a realization … Well:

JJ was (or is – he might still be alive) a man I knew in Texas. He was the father of some high school friends and he had osteomyelitis.

If you don’t know what that is, I don’t either. But in his case … Hold your arms out in front of you, palms down, and imagine some godlike trickster comes along and softens then rehardens your bones, meanwhile bending your forearms sharply upwards at a point about four-fifths of the way from elbow to wrist, subtracting three or four inches of length while he was at it.

END_OF_DOCUMENT_TOKEN_TO_BE_REPLACED 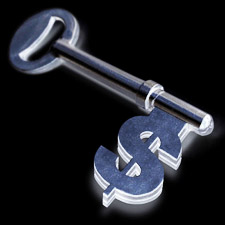 I came across an article a few days ago, entitled “What Would You Do If You Knew You Could Not Fail?”

That set me to thinking about the changing of habits, as it applies specifically to losing weight.

Typically, when you think of something like losing weight, you see it as requiring a very large effort of will, an ongoing tooth-gritting, fist-clenching determination.

END_OF_DOCUMENT_TOKEN_TO_BE_REPLACED 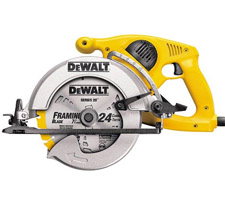 Tools are under-appreciated by most of us officey types. Whether it’s a circular saw, a drill, a planer, an arc welder, or just a simple car jack, too many of us aren’t ready to get our hands dirty.

It’s not the dirt, of course. It’s just that certain tools can be outside our bubble of competence, and it’s human nature to shy away from getting involved in something we probably, in the beginning, won’t be much good at.

But here’s the really great thing about tools: If you have the right tools – and the skills to use them – you can turn anything into anything.

You can turn a discarded old oak pallet into a beautiful jewelry box. You can turn scrap metal into sculpture, or a rusty steel pipe into a gleaming barbecue pit. You can turn a ragged old house into a welcoming home.

You can turn garbage into gold. Metaphorically, at least.

Rule 1: Anybody who’s bought a cheap tool has lived to regret it. That bargain socket wrench set that LOOKS just like the more expensive ones, is not. It’s a cheap knockoff of something better, and it will neither last nor perform as well. And there’s nothing worse than getting halfway through a critical job and having your socket or screwdriver or router bit fail on you. The cheaper ones are also dangerous. If you’re leaning on a wrench to try to break free a rusty nut, and the socket breaks loose, it’s gonna hurt. Buy the best, always. Good tools are made well enough to last pretty much your entire lifetime. Which means they’re cheaper in the long run.

Rule 2: Power tools aren’t kid stuff. Get some safety training if you’re unused to, say, a circular saw or a jointer-planer. If you use it wrong, it really can take your hand off in a split second. The same blade that rips into a length of pine can put you in the hospital, or worse. Keep your insides on your inside by being damned careful.

Rule 3: Can I borrow your new mower? Can I borrow your expensive wheelbarrow? Can I borrow your paint sprayer? No, no, and no. Find a way to gracefully beg off, or just be blunt about it, but don’t lend your tools to your neighbors, your friends, or your kids. Go over and use the tool for them, if you must, but don’t lend it out. It sounds harsh, even unfriendly, but there are some good reasons for it. First, if your chainsaw rips into some kid’s arm, or your powerful mower slings a rock into somebody’s eye, oh boy are you going to feel bad. Not to mention the lawsuit. And then there’s this: Nobody loves your tools like you do. They WON’T take care of them the way you do. The guy who loves tools as much as you do – and yes, there are plenty of them out there – probably has his own, and won’t be asking to borrow yours. There’s also the fact that most tools have a service period built into them. Well-maintained, they just might last forever. Poorly taken care of, they won’t. You do the math.

Finally, Rule 4: Use them! Turning garbage into gold is exciting! Satisfying! Fun! 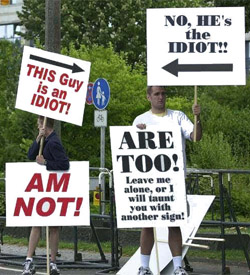 Something I used to do all too often was to have a recurring problem that I feebly failed to solve. And I know I’m not the only one.

“I put my glasses down somewhere and now I can’t find them.”

“Darn it, locked my keys in my car again. Third time this month.”

“I forgot to pay the phone bill again and they cut me off. Again.”

Most of us do it. Each time, we’re forced to deal with the small emergency that results, in a way that costs time, annoyance, and even money.

The worst cost is that you feel like such an idiot each time. (Typically, generous friends are glad to pitch in and point out that you ARE an idiot.)

But there really is an easy way to deal with them. I call it “Solve It Once.”