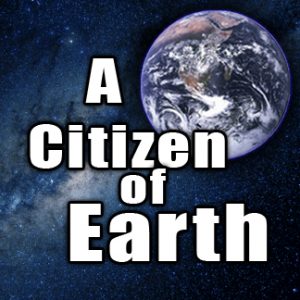 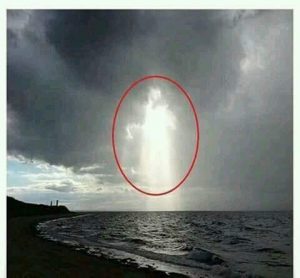 do you see jesus? type “amen” if you see him

How many typed “amen”? I didn’t go through and inspect every single response, but in the looking I did do — the most recent several hundred responses — every person typed “amen” or something even more goddy.

Oh, and Donald Trump just won the primaries in Connecticut, Delaware, Maryland, Pennsylvania and Rhode Island. It wasn’t even close.

On the plus side, I think Hillary is going to crush him. The comedic dynamic of the GOP primary is that the “joke” candidate is kicking the asses of the “serious” candidates. The GOP built this monster, and if he runs amuck and destroys the whole party — while they tear out their hair and scream to the heavens “What have I done!!?” — that’s fine with me.

But still … that he’s getting votes at all is a testament to the utter gullibility of some of you Earth people.

Hey, come to think of it, that light in the clouds looks a lot like Donald Trump! Someone alert Fox News! 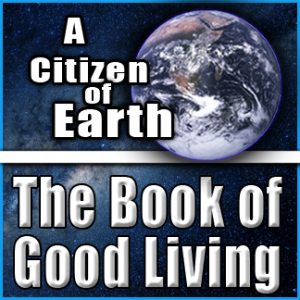 Some of what you work out — hopefully, anyway — as you go about your daily life, are what I call “thinking tools.” These aren’t just facts, they’re ways of viewing or understanding the world around you  in a way that allows you to deal with life in a more productive, or less painful, way.

I wrote about something I call “Nailing” quite some time back, and that concept is one of my own thinking tools, something that helps me understand a bit of seemingly irrational human behavior. (Such as why people can be MORE supportive of war after their kid gets killed in one.)

I often have these things in my head for years before I finally sit down and think about them, much less commit them to paper. One such idea is something I call “Weather and Will.”

“Weather” as I’m using it here is meant to represent natural forces as distinct from human ones. It’s all the stuff we have no control over, and have to just be aware of and careful about.

“Will” is what humans do, and it’s subject to, well, human will.

Anytime there’s some sort of incident involving Weather — say Bob gets hit by lightning while playing golf during a thunderstorm — we tend to think it was Bob’s fault, if anybody’s. He should have taken into account that standing out in the open during a storm — and holding a long metal rod aloft — was a bad idea. It’s no fault of the weather itself, which was only doing what weather does — be weather.

But “Weather” is not always WEATHER. It’s all those other uncontrollable, non-volitional forces too.

If a man lies down drunk on the railroad tracks at night — even through trains are human-made and human-controlled — whose fault is it if he gets hit by a train? We tend to think it’s the drunk guy’s fault. Trains are Weather in the sense that they have this sort of inevitability about them: They can’t be stopped quickly, but even if they could, the train engineer might not be able to see the guy lying on the tracks at night.

Besides which, it’s not like trains leap out of nowhere, or chase you down and kill you. They’re not stealthy, or malevolent. Not only do trains run on tracks which are unmistakable for anything else in civilization, their crossings are always clearly marked, AND a train makes a noise like … well, like a locomotive. Civilization has been SO careful to make trains safe, it’s extremely rare that we could say “Yeah, that whole family was killed after stopping their RV on the clearly-marked rail crossing, but it wasn’t their fault.” No, most of the time it IS their fault, or at least the driver’s fault, and not that of the train or its engineer. There’s really very little about it which is accidental.

But there’s a confusing idea out there about Weather and Will. We see situations — both in fiction and in real life — in which one person gets blamed for something another person did: “The bank robber wouldn’t have shot Bob if Bob had only done what he said. It’s his own fault, really.” “He wouldn’t beat her if she didn’t provoke him.”

Both of those formulations make the bad guy’s actions out to be Weather — as if he’s some sort of unstoppable natural force, something nobody, not even he, could do anything about — when they’re really completely about Will. It’s NOT Bob’s fault for getting shot, not even a little bit. It’s never the woman’s fault when she’s hurt by an abusive boyfriend.

In both cases, the injury done to the victim was 100 percent the doing of the aggressor. There is no element of Weather about the thing. That guy shot Bob because he wanted to. He might have set up this bogus choice for Bob — “Obey me, or die!” — and in truth it might be good in that specific case for Bob to just obey, but nothing in the situation says responsibility for any later shooting rests with anyone but the guy with the gun.

An abusive boyfriend might say “I wouldn’t hit you if you’d just be quiet when I tell you to!” but at no point does that become Weather. It’s his CHOICE to hit her, and he can choose not to. We might say “My gosh, woman, get away from the bastard! Leave now and go as far and as fast as you can!” But this is more in the way of a avidly suggested precautionary measure. At no point does the physical abuse become her fault.

We tend to see large-scale human things like government or war as Weather, and in the sense that they’re big and unpredictable, or take on a Weathery life of their own independent of the human wills within them, it certainly can seem to be true. But it’s important to continue to think of them as the result of Will. Government is a thing humans do, and they can do it differently. War is a thing humans choose to do, and can choose not to do.

There are statistical effects from massed human behavior — actions or effects that arise from our own unconscious nature — that we tend to consider as Weather. For instance, we might say that anytime large numbers of humans gather together — for an outdoor event, say, or just crowded together in cities — there will be masses of litter left to pick up. We expect it, grimly resign ourselves to it, as if there’s nothing that can be done but hire people to try to keep up with the deluge of garbage.

This is certainly true in New York City, where I travel every day in the course of my work. But a half day’s drive to the north, Ottawa, Canada, is the fourth cleanest city in the world. The streets and sidewalks are spotless. Not because the Weather is any different, but because the people of Ottawa CHOOSE to act in a different way.

I think the point is, only Weather is Weather. When it comes to human behavior on any scale, even when you’re dealing with what appears to be unavoidable results, it’s still Will.

Meaning it can be changed. Altered. Done differently, and better.