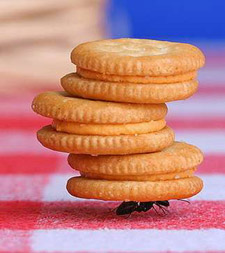 Last time I started a new job, as a copy editor at a newspaper, after a number of years as a senior editor at magazines, I was faced with a lot of new experiences. New software, new workflows, even new ways of writing headlines.

For instance, whereas the magazines all used story headlines referred to as “label heads,” such as “The Joy of Skiing Cross Country,” newspapers use “sentence heads” or “subject-verb heads,” like “Skiers Find Joy in Cross Country Skiing.”

The biggest difference in workflow was that, whereas before I had an entire month to come up with enticing headlines for a magazine’s worth of stories, at a newspaper I had to come up with that many headlines each night. Which meant reading the stories, understanding them, isolating the main idea of each, and conveying it in a clear, non-misleading sentence, in a sharply limited amount of words.

The stories showed up in a folder on our computer system, and I could usually pick which one I wanted to read next. Sitting at a bank of desks in the newspaper offices, I had as many as a half dozen other coworkers reading from the same folder. So if, on any particular night, I absolutely didn’t want to read another story about George W. Bush, I could simply read others until one of my coworkers picked up the Bush story.

(To give you some idea of what I’m talking about: If I opened a story and it was about Arnold Schwarzenegger addressing Congress, and the headline orders were for 44 point type in a single column … well, the quandary is that if the story is mainly about Arnie, you pretty much have to have some mention of him in the headline, and Schwarzenegger alone is at least two columns wide at that size type. This being a newspaper, with something of a respectable image, “Ah-nult” was out. Even the word “congress,” the second major idea of the story, might not fit. So you’d have to come up with some circumlocution for both of them, something clumsy like “Calif. / Gov. / speaks to / leaders.”)

From the first moment I felt the urge to take the easy way out, I felt guilty about it. There wasn’t any process of reasoning in my choices, though. It was simply that some lazy part of me wanted what it wanted, like a little boy wants ice cream.

I knew I could get through the hard ones. It’s just that it would take longer, be more demanding, and most of all, would make me briefly uncomfortable as I struggled with questions and newness.

It took me about two minutes to decide not to honor the urge to avoid the hard stories. But I really did have to struggle to reach that conclusion, and then deliberately tell myself “Take the hard ones first. Dive in and learn how to do them, or you’ll be avoiding them forever.”

After that moment, I discovered it was actually pleasurable to deal with the tough situations. Because every time I did, I learned something useful AND got a pleasurable kick out of doing something hard. Who cares if I had to ask idiot newbie questions all the time? In only a short time, I wasn’t an idiot newbie anymore.

Anyway, the same lesson applies to everybody, and everything.

But the roof won’t get fixed. The family problem will still fester. You’ll keep the belly. Nothing will change for the better.

Not only will you get something worthwhile done, not only will you learn something useful, but the hard thing will eventually turn into one of the easy things. And you’ll become known as “the guy who can handle the tough stuff.”