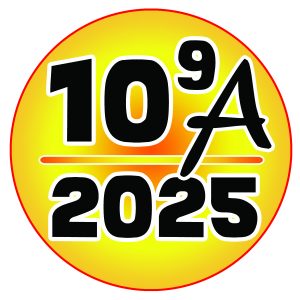 When I started as an atheist activist 15 or 20 years ago, one thing was clear to most of the atheists I talked to: Every person had to get here on his/her own.

In other words, it was decidedly wrong to proselytize. The thought was that atheism — the good, solid, workable kind — was this conclusion reachable only after much personal introspection and observation. That merely getting people to say “I’m an atheist” was empty and useless. Such an atheism would be no different from religion — a faith position, without proof or grounding, which said “There are no gods” in the same way the religious position was “There are gods.”

I didn’t always argue, but I never agreed. It seemed to me the thought and introspection one person went through was something that could be conveyed to another person, or thousands of them. That you could tell people, “Hey, why not be an atheist? Here’s why you should, and here’s how it should work in your head once you start that way.” You’d convince them of the conclusion, and then backfill with the reasons, the evidence, the mental mechanics of freethought.

We seem to now know this to be the truth, and we’re becoming progressively more confident in our own style of proselytizing and evangelism. We understand the value of getting people free of religion, getting them out from under that yoke, and that if not every person who says “I’m an atheist” fully understands the path they’ve set themselves on, numbers alone can be important. Once you get a critical mass of people arguing publicly — politicking — for the kind of freedom we work toward, that freedom sets up a safe zone into which more and more of us can feel comfortable moving. And it’s within that growing safe zone the greater numbers of us can imagine and discuss and come to more fully understand what it is we’re doing, where we’re going with it and where we should go with it.

Because “I don’t believe in God/gods” is just the first step, isn’t it? Once you reach your own personal understanding that religion is false and silly, that’s when the really cool stuff starts to happen in your head, and — as a result of numbers — in the society around you.

I’d like us to kick it up a notch by setting a numerical goal for the quantity of fellow atheists on Planet Earth: One Billion Atheists By 2025.

Knowing us, you have to know the idea is immediately arguable. Less so these days on the basis of proselytizing than on the actual number presented. As Wikipedia says in the Demographics of Atheism:

Studies on the demographics of atheism have concluded that self-identified atheists comprise anywhere from 2% to 8% of the world’s population, whereas irreligious individuals represent a further 10% to 20%. Several comprehensive global polls on the subject have been conducted by Gallup International: their 2012 poll found that 13% of respondents were “convinced atheists” and their 2015 poll indicated that 11% were “convinced atheists”.

The median of those two polls, 12 percent, already would equal 840 million in today’s 7 billion population. One billion atheists — 14 percent, or only 160 million more — might thus be a somewhat uninspiring goal for the ten year future.

But here’s Wikipedia again, on Irreligion by Country:

Irreligion, which may include deism, agnosticism, ignosticism, antireligion, atheism, skepticism, spiritual but not religious, freethought, antitheism, apatheism, non-belief, pandeism, secular humanism, non-religious theism, pantheism and panentheism, varies in the different countries around the world. About 36% of the world population is estimated to be atheist or not religious.

Wait, 36 percent? That’s 2.5 billion already! So, uh, what would be the point of One Billion Atheists?

Without getting into a lengthy definitional debate on a lot of these terms, it immediately strikes me that many of them are nowhere near what I think of when I say atheism. Deism and pantheism, for instance, seem purely religious positions, and what are we to make of “non-religious theism?” It appears this 36 percent more likely expresses the number of people who don’t go to church rather than the number of, you know, atheists.

I’ve known people who didn’t go to church but who were as religious as any Sunday-go-to-meetin’ Catholic. You might not see them in a suit on the Sabbath, but they carried around a church in their heads, applying it in every moment of daily living.

As atheism in my own mind is defined as “no faith-based beliefs at all” — which rules out not just Jesus-God-in-Heaven, but all the sorts of superstition and vague faiths of daily life — it’s a certainty that the 36 percent is inflated beyond any reasonable expectation of reliability.

Ignoring that and setting up our own definition of atheism, and then aiming for one billion of those seems the wisest course.

Of course I’m not the defining authority of atheism but, as I say above, my own view of the meaning of the word is fairly narrow. It includes not just those who have abandoned formal religion, but those who operate in their daily lives solely on evidence-based reasoning. Atheists of the type I’m thinking about thus give no time to ghosts, afterlives, a Higher Power — but also disdain such concepts as luck, karma, fate, all the daily sorts of faithy and superstiony positions that demand a giving up of reason and an acceptance of folksy woo.

Those are the One Billion Atheists I want us to aim for. I don’t think there are anywhere near one billion of them on Earth. In fact, I’d suspect we’re well less than half the way there.

The definition and counting are something to occupy a much larger discussion than this one. But only by setting the goal — One Billion Atheists by 2025 — will that discussion-toward-clarity really proceed as it should.

So yes, let’s do it.  Set the goal, hammer out the details as we go.

If we find no other fully acceptable way to define One Billion Atheists, identifying one billion who have, in the next ten years, taken thought at least enough to depart their local religion or church might be a workable fallback. Hey, if we can’t perfectly  identify one billion atheists, One Billion Fewer Godders would still mark measurable progress on Planet Earth.

In his recent Boston address, Richard Dawkins said something that particularly caught my attention. I’ll paraphrase, because I don’t have his exact words:

“I worry that if we dismantle Christianity in the West, we will lose a useful ally in the fight against militant Islam.”

As Islam is the fastest growing religion in the world (!), that is no small worry. An article from NPR states:

“As of 2010, Christianity was by far the world’s largest religion, with an estimated 2.2 billion adherents, nearly a third (31 percent) of all 6.9 billion people on Earth,” the Pew report says. “Islam was second, with 1.6 billion adherents, or 23 percent of the global population.”

Those numbers are predicted to shift in the coming decades, as the world’s population rises to 9.3 billion by the middle of this century. In that time, Pew projects, Islam will grow by 73 percent while Christianity will grow by 35 percent — resulting in 2.8 billion Muslims and 2.9 billion Christians worldwide.

In a letter to Dawkins, much altered from the version I posted here not long back (and then un-posted), I suggested it might be possible to create that “useful ally” within Islam itself.  To set up a back-pressure, a resistance to militancy, right in the Islamic world.

The larger goal of One Billion Atheists could contain within it target numbers for different parts of the world. In the Islamic world, that might start with 50 million. Pitch the idea to individuals within Islam that they do not have to be devout Muslims, that they could instead be Muslim-in-culture but abandon the specifically religious parts of Islam for a more open, reasoning understanding of the real world.

Regarding regional target numbers for One Billion Atheists, I could really get behind aiming for a simple majority of atheists in the United States. Of the 300 million or so people in the U.S., why not get more than half of them living and thinking as active, involved atheists? Not just those who have abandoned church-going, but those who understand the larger issue — that religion itself is dangerous, and better off jettisoned, both in their own minds and in the larger country and world.

Finally, in the pursuit of One Billion Atheists by 2025, we in the atheist community need to expend some skull-sweat in parsing the difference between religion and culture. Though all religion is culture, not all culture is religion. It’s certainly possible to have a defined culture without it being the least bit religious. In fact, as I argue, we in the atheist world are already creating a culture of atheism, and might as well consciously recognize that and begin formalizing it, fleshing it out, creating the Beta Culture I aim for.

We also need to begin to understand that enlightened cultural values and practices can stand on an equal footing with religious values and practices. You can be a member of a culture and be as stoutly definite about your values and the energy with which you defend them as, say, Sikhs are about defending the practice of carrying ceremonial knives. I’m thinking mainly about how we in the West tend to avoid “imposing our beliefs” on Islamics — backing away from openly opposing Sharia law, for instance (and faint-heartedly failing to defend our own beliefs about human rights), excusing it with “Well, it’s their religion,” when we should be actively saying “No, religion or not, here in this place, you really don’t get to do some of that shit.”

Note to religious people: You have absolutely no reason for worry. Once we get that One Billion, we’ll stop there. Totally.