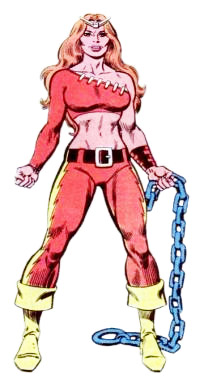 Having been out of the gym for a while, I’d forgotten about these people:

The Coveters: Those people who seem to want to control whatever piece of equipment they’re working at, even if they’re not on it at the moment. Like slow golfers who don’t want anyone else to play through.

The Campers: Those who do a set and then sit on the equipment to rest, preventing others from using it, but who never notice people waiting. (One guy today had a THERMOS with him. He sat on one of the machines and poured himself a cup of coffee.)

The Cocooners: The people who wear earplugs and carry music boxes with them everywhere, so that if you wanted to share a moment of camaraderie in the gym, a funny comment or a word of encouragement, they can’t hear you.

The Compulsive Wipers: The people who insist on thoroughly wiping down each piece of equipment before and after they use it, generally making you feel guilty because you’re not doing the same, and thus potentially infecting them with all your horrible diseases.

Mr. Beefalo: The guy who’d stand out across a football field for being buff, ripped and V-shaped from shoulders to waist, and who can lift small tanks. He can be heard across the gym, crashing huge weights up and down on a rack and making sounds like a grizzly defecating a human skull. Provokes either admiration or intense jealousy.

Nebbish and Nebbishette: Beginners who form little protective cliques, and to whom anybody in even moderate shape looks like Mr. Beefalo. Gotta give ’em credit for showing up, though.

Dudley: The guy who comes to the gym every day for three years, but who looks exactly as soft and overweight as he did on Day One.

Lady Large: She’s big, but she’s serious about being there. Gotta give her credit too. Gutsy.

Don Wrinkles: The old guy who’s been out of shape so long it’s altered his skeleton so that he looks like a short, wide goblin. But he’s in there fighting anyway.

Thundra: Cut, ripped, muscular woman who could break you in half just from the shockwave when she flexes her asscheeks. Is it safe to talk to her? I’ve never had the courage.