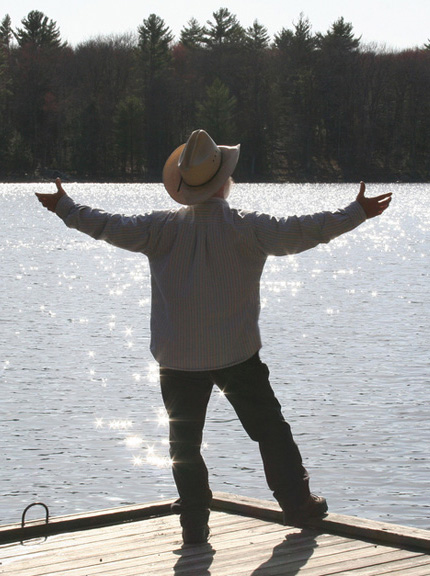 Somewhere above all this, all the roiling newness of the growing atheist and progressive community, there’s an overview. I’ve tried very hard to see it.

It may be that there are plenty of people smarter than me, more educated, innately broader of understanding, who already know what it is we’re all working towards. But I have yet to read their books or hear their talks.

I look out and see … pieces. A chopped salad of efforts and understanding that forms no coherent whole.

I don’t feel TOO bad about that. I mean ‘feel bad’ in the sense that there are churchy luddites who oppose positive changes, and we have to be a lot better if we want to win this thing. Because they are chopped up even worse than we are. And though they’ve had power over us for thousands of years, it was the power of bullying and cowardice and lies, rather than some sort of coherent strategy or vision or real knowledge, and that power – in the face of real advances on our side – is waning.

I sometimes wish I had a formal grounding in philosophy, so I could have more tools in my head to deal with all this. Yet other times I’m glad I’m an uneducated doofus, philosophically speaking, because the journey I want to make is my own journey, and the tools I do manage to work out on my own … well, they seem to work better – for me, anyway – than the stuff I’ve garnered from more formal philosophy.

I get little glimpses of the Big Picture, from time to time. And it’s not just us in the frame. It’s us and … Earth. The life around us. The way we can fit into it, and cherish it and, well, live with it. I see us coming into a real sense of our own immense power, and finding ways to curb our excesses to create a truly sustainable relationship with Earth (which we do not have and have never yet had) and each other.

Atheism is very much a part of it.

There’s a book I want to someday write that will explain it all. I’ll figure out all the basic pieces, and how they fit together, and will at last understand something of what this is all about.

And yet, when I consider writing that book, I worry.

Second that I’m … well, just wrong. That there is not only no Big Picture, but no Big Picture is possible. Not for human intelligence to figure out, anyway. Which means we’ll never have it, and will never be able to live well on Planet Earth. And will probably wreck most of it, and kill ourselves along the way.

Third is a bit of a sidebar to the second worry. When I first thought of it, it actually scared me, because I was afraid it was a fatal hit at the heart of atheist philosophy.

In baseball or golf, the ball is in your control for only a split second, and it is only in that instant that you can direct it onto a path that you deliberately choose. The thing is, you can’t see that path if you’re focused solely on the ball. You have to look beyond — aim beyond, swing beyond — your contact point with the ball, in order to properly send it onto some optimal path.

The thing that I worried about was that Christians had this larger vision for human life, a goal that passed beyond merely human concerns, and that goal supplied the follow-through for living a good human life.

If you swung for Heaven, in other words, you’d hit ordinary human life out of the park. But if you aimed only at your own selfish life, you’d fall short and end in some sort of inward-aimed and lesser life.

I actually worried about that for a good 3 years before I started to figure out why religion was the wrong follow-through, that it couldn’t work. Which is: There’s nothing there. Christians only appear to be aiming beyond their own lives. In reality, they’re aiming in no direction. Or, considering the thousands of religions or personal interpretations of religions, in a thousand different directions. Their aim, if they have one, is disconnected from anyplace in the real world that you can get to.

Besides which, there are a LOT of larger things to care about. Every one of us can find our own larger aims and follow-through to build good lives for ourselves.

There’s a place in it – and it comes early – where you’re not going to like me very much. But bear in mind that this is about a journey, not a stopping point, and that we all have to come FROM somewhere in order to get TO somewhere. We change in our lives, hopefully for the better, and that change has to be arrived at along a human path, not a miraculous one.

In the same way you wouldn’t hold a grudge against a recovered alcoholic for getting falling-down drunk on a day 30 years past, I hope you’ll withhold judgment long enough to read to the end and see where I’m going with it.

The sky is that impossible blue of high altitude places. The normally grayish-green high-desert valley is sprouting the rich shades of spring down toward the sparkling vastness of Crowley Lake, and an azure sea of wild iris, punctuated by dots of golden Mariposa tulips, sweeps out from the near view to vanish into the distance.

A red-tailed hawk circles overhead in the vivid air. Though I can’t see them, I know that off to the west, at the base of the rising mountains, migrating mule deer are cutting dusty tracks through the manzanita-covered foothills, browsing their way along as they trail lazily toward the passes which have yet to thaw enough to let them into the backcountry wilderness.

Fed by pure melting snow, crystal streams chuckle out of those mountains, running down in rocky leaps and bounds. Ice-cold trout lurk in their deep pools, visible from the surface as they dart about after insects and larvae and, to the joy of blissful streamside flycasters later in the season, the occasional artificial fly.

All in all, this must be the best place on earth in which to live, and the best of all possible times in which to be here.

And here I am in the glorious middle of it, covered in blood and dirt, working the spring branding at a local ranch … cutting the balls off bull calves.