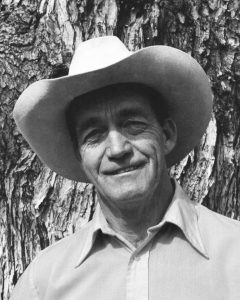 For most of the years I knew him, I unconsciously thought of my Cowboy Dad as “the grownup” in my life. Since he died, I’ve realized there were several side-effects of thinking that. One is that I cheated him out of all the years of ME being a grownup, so that we could be … well, friendly equals, fellow MEN together. The other is that I cheated myself out of all those years of me being a grownup. All the endeavors and relationships in my life were approached in some degree of a childish/childlike manner.

None of this was conscious, or by decision. It was something that simply appeared in my attitudes and behavior. If I had stated it in words, it would’ve come out to something like “It’s safe for me to be childish. I can be irresponsible. I can drift, I can put off critical decisions. I can party, I can laze around and not think about my present situation, or my future. If I screw up, he will rescue me. I can safely not worry too much about the people around me, or the larger world, because the Old Man is handling all that.”

I think a lot about religion and the effects it has on people and cultures, and I think my experience of “relating to the grownup as a child” is directly applicable to the experience of people in religion. I doubt we can imagine how much we’ve lost, how much Planet Earth has lost, by us feeling free to not be conscious adults.

In my case, I can’t place the entire blame on myself. I came into our relationship fairly  broken, and I needed the comfort and guidance, the there-for-you-ness, a real parent could provide. But that doesn’t mean the results were any less real, any less damaging.

In the case of we humans, I suppose I can’t place the entire blame there, either. As a species, we grew up without parents or wise guidance of any sort. We stumbled along figuring out things as we went, repeatedly falling back into mistakes and breaking ourselves and the world around us.

But the cost has been incalculable, and it’s something we – and our planet – can’t afford anymore.

A month or so after my Dad died, I woke up one day to the realization “Oh gosh, I have to be a grownup now.” It was a little bit scary, but mostly it was … strength. Determination. A little bit of steel injected into my being with the understanding that I could handle whatever happened, because that’s what grownups do. I understood that I had to relate to my own life and the world around me in an entirely new, entirely responsible way. And I was truly okay with that.

For any individual recovering from religion, I have to believe you have that same epiphany. After your god “dies,” you realize you have to be an adult. You have to deal with the reality of your own life, and the lives of those close to you, and even larger matters out in the world around you. But you also understand that you CAN. You — along with others like you — take each situation into your hands and change it for the better. Or you accept the fact of a bad situation and deal realistically with its cost. Because that’s what grownups do.

As an entire civilization, we’re nowhere near the point of waking up as grownups. Our world full of contentedly religious, drunkenly mystical, calmly unconcerned juveniles is this hapless, directionless child, fumbling around and breaking things, breaking each other and the world we live in, and thinking it’s all okay, because our Parent is dealing with all the hard stuff and picking up the clutter of each destructive act.

I think even most atheists inherit this mindset, and fail to notice they have it. We grow up in the culture that thinks this way, and it’s so deeply embedded we never get around to seeing it, or peeling it out of our own heads.

To all those soft-serve atheists who think we should just live and let live, that atheism will grow or not as events develop, and that meanwhile it’s all good …

I think you have no idea how deadly dangerous is the situation we live within. No idea how damaging it is to let people continue to believe in gods, and stay children. No idea what we’ve DONE, and continue to do, and will soon do.

It’s why I’m not just an atheist, but an anti-theist.

We have to kill them.