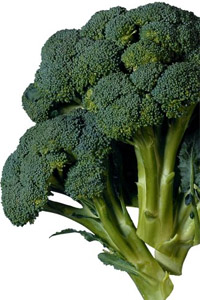 Warning: The following post is long, and may contains insults to French people. And Christians. And probably frogs.

(Also, it underwent a slight editing, with some additional material, on Feb. 11.)

I’d like to propose to you a daring hypothesis.

You may be surprised by it. You may be stunned. You might even be shocked. Because this is such a daring idea, some of you reading this right now may actually be horrified. There’s even the possibility – distant, but real, so I have to warn you – that one or more people about to read the following hypothesis will suffer deep psychological damage and end up under permanent psychiatric care, or possibly even comatose.

I don’t really want to just spring it on you suddenly. This is something so new, so different, so deeply significant, that I feel very strongly that it should have its own screen. It’s just not something I feel okay with plopping down in a sea of insignificant words, as if it were one common grain of sand on a vast beach.

This is something so special it demands treatment you’d immediately consider … unusual.

So. If you think you’re ready for it, brace yourself and look below the break. Here it comes:

There. Pretty daring, huh? Are you surprised? Shocked? Horrified?

Alright, I’ll admit it doesn’t seem that shocking. Broccoli is so mundane, you can find it in any supermarket. It’s so common, you can talk about it to friends in Australia, or Japan, and they’ll know what it is.

Sure, broccoli. Green veggie thingie with this short, thick branching stalk and then these sort of bunchy flowery thingies on the ends of them. You steam it and put butter on it, or maybe cheese.

See? I don’t even have to describe it very well, because you already know what it is.

I could tell you some other things about broccoli, however, things you may not know. For instance:

Broccoli is a member of the Cruciferae (or Brassicaceae) family, which includes cabbage, cauliflower, brussel sprouts, collards, kale, rutabagas and Chinese cabbage, but also the turnip, rapeseed, mustard, radish, horseradish, cress and watercress.

All these plants share a common feature – four-petaled flowers that bear the resemblance to a Greek cross which is why they are frequently referred to as crucifers or cruciferous. Broccoli is the one with the scientific name Brassica oleracea.

Broccoli and cauliflower were called colewort in the late 16th century England. The familiar head of cabbage was called “cabbage,” while the entire plant was called cabbage-cole, cole or colewort.

Did you know the Romans ate broccoli? Pliny the Elder said so. Thomas Jefferson noted down that he planted broccoli at Monticello in the spring of 1767. Strangely, broccoli only became popular in the U.S. starting in about 1930, and because so many people had never seen it before, lots of them thought it was a totally new vegetable.

Broccoli is high in fiber. A cup of steamed broccoli has about as much vitamin C as an orange, lots of vitamin D, folic acid, calcium and iron.

There, see? Now you know some things about broccoli you may not have known.

Researching broccoli just now, I came across the Postharvest Technology Research & Information Center. Researchers at the University of California, Davis, have gathered data on broccoli such as the optimum temperature and relative humidity for storage, ways to prevent freezing injury, rates of ethylene production (huh?), responses to controlled atmospheres, physiological disorders, how to prevent physical injury to it during shipping and handling, and how to recognize attack by bacterial or fungal pathogens.

More than I need to know, anyway.

However, in all of this talk of broccoli, the discussion centers on facts. Not speculation. Not guesses. Not artistic interpretations. Not wild flights of fancy, or mystic agricultural secrets, not even knowledge brought back from a broccoleptic trance (if there was such a thing, which there isn’t, because I just made it up).

The important thing is this: If you want to talk about broccoli, you’re not free to make up your own details.

More definitively: You don’t have the freedom to “believe” in broccoli just any old way. Broccoli is a real thing, a KNOWN thing.

And if you want to talk about it, or think about it, you have to talk or think using the known facts. If you use some other set of fanciful descriptions, you’re not talking about broccoli.

Let me say that again, with extra emphasis:

Because broccoli exists, you’re not free to “believe” in it just any old way, and have your belief be true.

And even then, you might find people saying “Oh, well, you’ve only painted some stalks of broccoli orange, so you’re not even right about that. Broccoli is still green. It’s just that you’ve painted ONE stalk of broccoli orange, and that was paint so it doesn’t count. Jackass.”

You can believe anything you want about broccoli, but if your ‘beliefs” aren’t true, even a 5 year old can prove you wrong. Because broccoli is real, and everybody knows about it.

Further, your beliefs do not affect the real nature of broccoli. Broccoli is broccoli, not whatever you in your head think it is.

I might say “Dragonoccoli is a large, green, fire-breathing plant-animal hybrid which resulted originally from the amorous tryst of a Mongolian dragon with a patch of vegetables.”

Or you might say “Dragonoccoli is a board game produced by the same people who brought us Monopoly. They play it in China and the losers are thrown into the fire, hence the ‘dragon’ part of the name.”

Or someone else might say “Dragonoccoli is a bacterial infection of the knees in people of French descent, the only known cure for which is eating large amounts of snails and putting two drops of garlic butter in your eyes every four hours.” (And no, I’m not making fun of people of French origin. Grow up, frog.)

See? As there is no such KNOWN thing as dragonoccoli, you and I — and a billion other people — can say any darned thing about it we like, and not only insist we’re right, but conjure up the deep personal satisfaction of rightness.

But with broccoli, we’re not that free. We’re not free to just make up stuff. Because there will always be broccoli, real broccoli, known to billions, to prove us wrong.

Bill is a friend of mine, a real person I’ve known for about 8 years. I know what he looks like, I know where he lives, the sound of his voice, I can tell you some of his bad jokes, I know some interesting parts of his life history, I know the names of his wife and kids and dog.

If I go out and ask 100 people to tell me what they think might be some of the attributes of my friend Bill, they might say he’s tall, he’s Black, he has a shaved head, he has a tattoo of an anchor and chain on his forearm just like Popeye, or any number of other things.

All of these things might be true of one Bill or another out there, but they would be false about MY Bill. Bill, the real Bill, the specific Bill I’m talking about, is nothing like that.

You might get those 100 people in a bar together and pour them all a few stiff drinks and get them arguing about the nature of Bill, and they might create descriptive flights of fancy that would put Mark Twain to shame. But unless they’ve met Bill, there will be no substance to anything they say. Their voices might rise to the rafters with the passion of their suppositions, but unless they’ve met Bill, they won’t have any reliable evidence that he even exists. They won’t be talking about Bill.

The fact is, you can’t just make stuff up about this specific Bill and have it be true. Nothing you say about Bill will be accurate, except for the occasional rare hit of a wild guess.

Just as important, nothing you say about Bill will affect him in any way. His appearance won’t change, his nature won’t be altered. He will still be this specific Bill, just as he is.

And now to gods.

What can you say about them? I must’ve read about hundreds of ‘em (Godchecker.com claims to list more than 2,850), everything from prehistoric people’s stone idols to the Scientologists’ idiot Evil Galactic Overlord Xenu.

But just with the Christian “God” alone, if you talk to a dozen Christians, you’ll get a dozen different descriptions.

God is love. God is the essence of all being. God is in our hearts. God is my co-pilot. God’s in Heaven, all’s right with the world. God is the universe itself. God is a real person, only bigger and meaner, and shoots lightning out his ass. God is the Holy Trinity of Father, Son and Holy Ghost. God is the Creator. God sees the fall of every sparrow.

And on and on, if you keep asking people, for the next 50 million pages and 237 years.

You can say anything at all about God, or gods, and arguably be right … or wrong.

Or you can save yourself the trouble of arguing by keeping your god-beliefs completely to yourself. And even in this you’d find some agreement, under the theory that freedom of religion means just that, and nobody can tell you what to believe and we’re free to believe anything.

We’re free to believe anything at all, ANYTHING, about our own personal god or gods. And the things we believe may be parallel to what other people believe, or opposite, or even so violently counterposed to what they believe that you want to kill the deceptive bastards.

Pay attention now, because this is important:

So how is it so many of us believe we’re free to believe anything at all about God/gods?

We may not know these things. But the nature of a god, if it exists, is something real, some real collection of attributes.

Got it? A real god is THIS way, or THAT way, and not any other way.

If your god exists, if there is a real god, you’re not free to believe any old thing about it.

You can’t have it both ways. You cannot at the same time seriously believe in the existence of a thing, and feel free to just make up stuff, or just repeat something you heard on the street, about what it might be like. You can’t respond to a question with whatever pops into your head. You have to look at what it’s really like.

If a specific god really exists, it has real attributes. If you KNOW those attributes, you’re able to believe in that god. If you’re making stuff up, you’re not really believing in that god.

Further, “believe in” is the wrong expression to use, if you’re talking about a real thing. I don’t “believe in” broccoli or Bill, I know them, accept them, interact with them in the real world. I can demonstrate their reality even to skeptics.

“Believe in” is an expression of faith, which means an admission that the thing isn’t real enough to demonstrate, coupled with a projective determination, a powerful delusional desire, to make it be so anyway.

If you feel you can say or believe any old thing about the nature of your god, you’re essentially saying you don’t believe in the reality of that god. If you feel free to totally wing it, to just make up stuff on the spot about your god, you can’t possibly believe there’s anything really there. You’re just arguing to win.

If a specific god exists and has real attributes, you MUST find out and believe in those specific attributes. Otherwise you are not relating to him/her/it in any real fashion.

If you feel you’re free to believe anything at all about your god, you really are admitting that you don’t believe he/she/it exists.