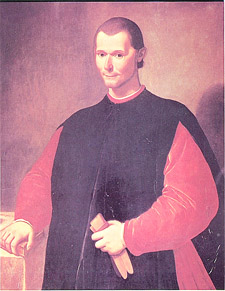 I was at a Revolutionary War re-enactor event just a couple of weeks back, and I had a … well, call it a re-epiphany.

Some years back, while watching my friend Carl Buell, a natural history illustrator, paint a prehistoric scene, I had the original epiphany. I compared what Carl was doing with a brush with what I did with a camera, and I realized this: No matter how good I am with a camera, there are things in my photos that get there by accident.

A picture of a trail through a bower of fall colors might contain a bright red leaf lying in the leaf-strewn duff on a forest floor, and yet that particular leaf might never catch my attention, either before or after I took the picture. I might have the picture printed and framed for 30 years over my desk, and never notice that specific leaf.

But if that trail scene was painted by my friend, he would have not only noticed that leaf, he would have planned it. The leaf would be a conscious addition to the picture, put there by an act of deliberate will, and for some specific reason.

In this way above all others, painting is dramatically different from photography. For me this means that when I go into a museum to look at the pretty pictures, I don’t just stand back and look at them.

If you stand back from a Winslow Homer painting and you see the SCENE, say a fisherman tossed on stormy seas, you haven’t really SEEN the painting. You’ve only looked at it. You’re more a tourist in the world of art rather than someone who lives there and really appreciates it.

In a painting, everything means something.

Just so in this brief visit to the Revolutionary War era. Yeah, there were the fat guys with the muskets (or whatever they were). There were the horses, the cannons, the Indians, the Redcoats, yada yada. (Very, very cool, however, was the period-perfect General George Washington).

But there were also numerous tents containing artifacts, or historically accurate reproductions, from that era. I found myself picking up even the smallest items and examining them for minutes at a time. Because there was a reality to that moment in history, and this tiny comb, or pewter spoon, or folding lantern, was a window onto it. Holding any one of those little ferjeebles in my hand, I realized “Everything about it means something.” Every tiny projection, fold, join or pip was put there deliberately, after some thought. For some reason.

If you can figure out what that reason is, you can read the mind of the maker. And you can see some of the larger era and culture in which this deliberately designed bit played a part.

The same epiphany, the mindset of studying the small things and realizing that everything is on some level deliberate, also works in understanding politics.

I got into writing a thing in relation to a political discussion on another blog, and came up with some interesting – and scary – thoughts near the end of it.

The subject at hand was fascism. I said:

If you view fascism as existing along a spectrum, we’ve moved quite some distance along that continuum in the past 8 years or so. (For instance, as we recently found out, FOX news serves as an official propaganda organ of the federal government.) Which means we’re already there, to a certain way of thinking.

Even if you don’t think that way, it seems to me we have all the preconditions for a fascist state in place, including large numbers of people in the general population who would willingly accept martial law, total control of information and such, given an appropriate threat.

I’ve always assumed it wouldn’t be possible here, what with so many people owning guns, but America under Limbaugh, Rove, etc., has manufactured an enemy class of liberals, academics and intelligentsia, and found ways to blame every ill on them. Add in the fact that we have hero-worship of the military (which in an emergency could be turned to hero-worship of anyone in uniform), and it seems to me that it would be the ones with the guns who would most welcome a fascist takeover.

We’re already most of the way there. We seem to have already accepted not only that there is an America-hating enemy class in our midst, but that 1) some people can be raided, arrested, held without charges, disappeared, tortured, killed, or permanently held under arrest even after serving court-ordered sentences, and that 2) the people in positions of authority (or uniform) who do these things should be completely immune to any meaningful repercussions. Thanks to the drug war, we also have 3) that people performing absolutely harmless acts – smoking a joint, for instance – can nevertheless be thrown in prison.

But then I wandered off on another track:

Having read Machiavelli, I believe, reluctantly, that there is no limit to how manipulative and conscienceless a government can get. (Perhaps, because we don’t believe it can happen to us, even especially here.)

Knowing that people like Jeffrey Dahmer exist, I believe, reluctantly, that there is no limit to what certain people can allow themselves to do.

Understanding that people in high office are not better, and are sometimes worse, than ordinary people, I expect that there will be times when these two factors intersect, and a Dahmeresque person can come to occupy a high office. I’m not talking about someone who kills and eats other humans directly, but someone who has the same psychopathic disregard for others.

It seems to me that positions of great power might easily select for psychopaths, and only outside checks of public exposure or political counterbalances would stand in opposition. Yet because we ourselves have recently lost government and news media checks and balances, such an occurrence seems more likely now than at any moment in my lifetime.

We’ve all watched the Bush White House manipulate Americans with a complete absence of conscience or decency over the past 8 years, and I think we already know nothing is beyond them – murder, torture, war – on the slightest and weakest of pretexts.

Given that we know that, controlling the news and stealing elections is small change. (And even in those cases where elections aren’t stolen, we really have no opposition party – the Democrats are totally complicit in everything that’s happened, and have already refused to hold anyone responsible, if you think about it, for anything. How many people have gone to jail for things the Bush White House has done? Uh, none?)

And then I started to put other little bits together:

Notice, as we approach this presidential election, that gas prices have fallen, reducing domestic discontent, and that outside threats are rising, raising domestic fear. We have no less than three handy wars to distract us – Iraq, Afghanistan and Georgia – and one potential nuclear threat, Iran, from anything Barack Obama might say in the coming weeks.

Have you also noticed that Dick Cheney is suddenly in the news again? He seems to be the administration’s early point man for making news regarding this war in Georgia.

Wouldn’t it be interesting if there was some big scary world event during or before the Democratic convention, say the use of a nuclear explosive (or a massive fuel-air bomb that looked like — and was hysterically hyped up  by the news media as — a nuclear explosive) in Georgia? So that anybody encouraging peace there (Democrats? Liberals? Intellectuals?) suddenly looked like weak-willed cowards who endanger us all?

What would you guess Cheney may have said to Vladimir Putin, former head of the FSB (predecessor of the KGB and probable breeding ground for psychopaths), in their private conversations?

In human affairs, human politics, everything means something. But unlike Art, in politics the people holding the brush are usually unwilling to tell us what they’re thinking.

We only find out, if at all, much later.

And only if we’re willing to scrape off the pretty painted-over surface and see what’s really there underneath.

Oh, look. ABCNews.com has a headline this morning (Friday, Aug. 15):

And there’s even a photo of a Russian general with one of those little atom graphics next to him.

Yep. It’s shaping up to be a National Security Election. And only the strong Republicans can keep us safe.