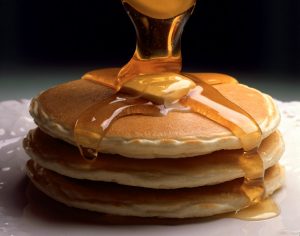 Just sent in my application to the United Nations for the Pig Latin interpreter post.

I think my chances are good. I’ve been speaking it since the third grade.

One bad shower can scar you for life.

When you think about it, The Joker is the ultimate example of motivational success. He’s upbeat, cheerful, he has high self-esteem, he’s willing to try anything, and he recognizes no limits. He’s like the perfect corporate CEO.

It just seems so odd that some Earth animals grow faucets on their bodies for the young ones to drink nutrient fluid from. That can’t be the most efficient way to do it. On my planet, we take the young ones out into the Solar Forest and plug them in for a few months. After that, they eat rocks like the rest of us.

In Moscow, there’s a museum of Russian-made sex toys. They can’t actually demonstrate them because the room fills up with diesel smoke, but you can look at them.

Movie Idea: A renegade environmentalist releases a deadly virus into the New York City airport, knowing it will spread worldwide in a matter of days. The virus kills and zombifies all it infects.

The catch is that it only works on Chihuahuas. Bands of surviving humans all over the world hurry to install screen doors, don ankle-high boots and arm themselves with brooms.

But victims continue to die, and international panic ensues. Finally, Autumn arrives, and the zombie Chihuahuas succumb to the 60 degree temperatures.

The final scene is a New Zealand farmer going out to check on his sheep. He slides open the barn door, and there is a sudden flash of bulging eyes and sharp, white teeth.

Now I’m wondering if the term “hand job” — which seems like it would be fairly recent — might actually be tens of thousands of years old (in whatever language they spoke at the time, of course).

Hey, someone has to think about these things

I’m clearing and organizing some of the piles of paper in my office. One note I came across, just something jotted down on a scrap of paper, said:  “I want to be a member of the last insane generation.”

Vaping. There are some new dumb ideas out there that people think are smart ideas simply because they’re different from the old dumb ideas.

When they know nobody can overhear them, the superheroes who can fly make fun of those who can’t.

FLIGHT-SHAMING. It’s the ugly little secret of the superhero business.

I’m wondering if all the people against spanking are also all against genital mutilation. Because I see a LOT of ardent posts against “brutalizing your child,” but very few against circumcision.

But hey, that’s NORMAL. Besides, it’s mainly about health, right? It’s for their own good.

In an adjacent universe, on Just Slightly Magic World, there are real fairies who come to deserving people’s houses and leave gifts. For instance, there’s an Apple Pie Fairy which comes at midnight and leaves a generous slice of warm, delicious apple pie for every member of the family.

This is not as good as it sounds, however. Owing to the fact that fairies aren’t human and don’t actually understand humans, the Apple Pie Fairy leaves those slices of apple pie in unexpected places — for instance, on the pillow of each family member, or artistically arranged on the toilet seat.

Worse, the Apple Pie Fairy is hypersensitive and prone to fits of vengeful rage, so nobody dares say anything.

This is basically the same reason Donald Trump is running for president.

From the days of Jesus’ healing miracles, SECRET THOUGHTS OF THE HEALED BLIND MAN!

This morning there is some sort of very large object in the sky emitting light so bright it hurts to look at it. Surely that can’t be natural.

It came up over the horizon and has slowly climbed into the sky, moving east to west, almost as if it’s orbiting the planet. It doesn’t look really big, but if it is in orbit, it must be huge.

There’s nobody on the streets looking at it. I wonder if anybody has even noticed it up there. It’s like they’re all taking it for granted or something.

What if I ask my neighbor and it turns out it’s something everybody else sees every day, and they laugh at me? I don’t want to look stupid. But damn, that thing worries me.

I’ll bet snakes have to slither into someplace dark in order to sleep. Stupid reptiles — the rest of us evolved eyelids. (Doesn’t mean we sleep but, you know, we COULD.)

A previously undiscovered tribe is located by aerial surveys of the Amazon. Anthropologists make plans to carefully contact them. But a Madison Avenue PR firm decides to jump in and contact them first, taking bids from companies for which products to introduce them to, and to film their reactions to.

The first two products are Milky Way candy bars and Budweiser beer. The civilized world is captivated by the Amazonians’ filmed astonishment at the irresistibly sweet taste of the candy, and the hilarious effects of the beer. Sales skyrocket, and more companies vie for product placement opportunities. The Amazonians are quickly introduced to such foods as Ranch Style Beans, Armour Vienna Sausage, to Wrigley’s Hubba Bubba bubble gum, and even Marlboro cigarettes.

Soon a reality TV show features an extended Amazonian family, showing family members experimenting with clothes, shoes, modern firearms, fast food. Christian missionaries arrive from the Vatican, and episodes feature the reaction of the Stone Age primitives to the revelations of God and Heaven. iPhones are handed out, and the men of the tribe are directed to first person shooter games, and YouTube videos of twerking. A staffer on the film crew begins distributing heroin to tribal friends, and they begin sneaking off to shoot up, all captured on hidden cameras.

But I think it would all have a happy ending. Probably include a lesson on the Indomitable Spirit of Man or some shit like that.

Figures of speech not to use: Like a chihuahua in a blender. Salty as whale’s piss. Pathetic as Sarah Palin’s brain, spread out on a dissecting table. Lame as that handicapped beggar I just ran over. Exciting as a power surge during a brain scan. As unsexy as furries at a veterinarian’s convention. Hungry as a Muslim at a Pork Festival. Like a honey badger with hemorrhoids. Ugly as a fat man’s back pimples. Scary as fireworks outside a Gulf War vet’s house. Like taking a dozen Xanax and listening to Wayne Newton. Creepy as Karl Rove in ass-less chaps.

Years in acting school, and finally one day you get The Call. You’re invited to star in an upcoming movie. You excitedly accept, thinking >>This Is It<< — your big break, the day you will look back on from your future as a rich, internationally famous movie star, and think “That’s where it all started.”

But when you get the script, you find out it’s something called CopEye, a crappy police-themed ripoff of the movie Popeye. It’s not even shitty Popeye, it’s a shitty tearaway of Popeye. And there are utterly unnecessary nude scenes.

No, just kidding. Your big break will be a remake of Lawrence of Arabia, and Peter O’Toole will look like a second-rate ham compared to you. Your whole life will be like that.

All you people afraid of clowns — coulrophobics — think of this:

When clowns take off their red noses, makeup and clown clothes, they look just like normal people. They walk around in public and nobody knows what they really are.

You think you’re safe from clowns, never knowing they’re touching you ALL THE TIME.

You can’t escape from clowns, because they are hidden among the people around you. Watching you. Walking up behind you without you knowing. Thinking about touching you.

The Bible is a lot more stirring and dramatic when you read it in the original Klingon.

Dick Cheney has had five heart attacks and a heart transplant. The way I figure it, he has one Horcrux left, and then he becomes mortal.

Anyone in his neighborhood, look for the large snake he always keeps close to him.

It seems to me that one of the inevitable consequences of advanced civilization would be immortality. Why, if you could beat every disease, including aging and eventually death, would you NOT choose that?

In any society that had the technology to extend life, those who chose it would live on and on, those who didn’t would be self-selected out, until eventually there would a community made up mostly of immortals.

I suggest one of the reasons we haven’t been contacted, if it’s at all possible, is because we’re so ephemeral to them that they consider us more beastly than civilized.

I was thinking today that we usually imagine a single dividing line between Conservative and Liberal, but there are actually THREE major dividers along the socio-political spectrum.

If we’d evolved from dogs, Hump Day would have a whole different meaning.

“And stop licking yourself at work, Spotty! Nobody believes you dropped something under your desk!”

Wait … is he the Swedish Chef, or the Swiss Chef? I mean, whatever, right? But either way, it’s an insult.

Just ordered an Earth-food item called a “peetsah.” It comes with a leathery base made from a type of crushed grass seeds, a paste made from a fruiting body of a terrestrial plant, a congealed material prepared from the white fluid squeezed out of the nether paps of certain herbivorous mammals, a variety of sliced and chopped dirt-grown plants, and the shredded muscle tissue of a large bird. The whole thing is thrown into a heating chamber and singed for 20 minutes or so. It sounds revolting, but when my people return for me, I’m going to suggest we take the recipe and the ingredients back with us. That business about consuming pure energy does get boring at times.

If a product is “tainted,” does that mean it has actually come into contact with someone’s taint?

Because I can see why you wouldn’t want something like that.