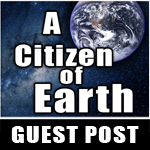 Randall Eades is a Facebook friend, and is responding to the four-part intro post on Beta Culture. He posted on Facebook, but is allowing me to echo it here.

I have to preface this by stating it is coming from an autistically wired brain, i.e., high intelligence and analytical skills, minimal social connectivity and a penchant for systemizing the world around me. So my opinions may be a bit atypical.

I am a Betan. I am an atheist. I am rational and curious. The most important thing I got from a four-year adventure in the military was the realization that I am not an American, probably not what they were going for. Everywhere I traveled I noticed the people were all just like me, going about their daily lives, trying to survive and raise their children as best they could, with little concern for the forces that sent me into their world. They didn’t want to kill me nor I them. I have no enemies anywhere. I am a Human, a citizen of the planet. We all breathe the same air.

Having said that, the other part of my autism kicks in. I don’t do community and culture. I don’t join groups. I am equally uncomfortable with rational people and raving rednecks. I don’t even see the world from that perspective. I am not traveling in a boat looking for an island of like-minded people. I am alone on a log, with no paddle, floating down an endless river, amazed at the scenery and random people I see along the way. I have little to no control over the system. I just enjoy the ride.

I don’t see the world as something I need to mold and shape to fit my ideals, but to understand. I have always seen it as this hugely complex role-playing game I awakened into at birth. I had no skills and no idea where I was or what I was doing here. Level 1, so to speak. My task, as I see it, was not to change the world, the game, but to adapt to and survive it. The conditions around me are irrelevant, a random roll of the dice. African desert, Arctic ice, Amazon jungle, Southern USofA, rural, city, rich, poor, democracy, dictatorship, it’s all the same — a given set of conditions I must adapt to and survive for as long as I can. Some conditions are obviously easier and more pleasant than others, and it’s nice when I find myself in those places, but self-development is always the point of the game. It is not a game for the faint of heart nor slow of wit. Those generally escape into comfortable self-delusion of one sort or another. But I have made it 67 years … so far. Along the way I have picked up some skills and game knowledge, I’ve advanced a few levels, and I’ve had a hell of a lot of fun.

But I understand that is not your point of view, and I’m not suggesting it should be. You are in the boat. You are a part of the group. You have a desire to leave the world a better place than you found it, to do what you can to solve some of the many problems. You are connected to your fellow Humans in ways I can never be. So while I don’t feel driven to personally be a part of Beta Culture, I do find it extremely interesting as a concept, and I hope you find a way to develop it. It would be a good thing in the world, an island of sanity in a sea going chaotic.

Okay, then. Some random thoughts….

I agree with you that atheists should be as aggressive in proselytizing their non-belief as religions do their belief. There is more to it than simply a lack of belief, that once you’ve achieved it you’re done. There is a long-running war between rationality and superstition, reality and myth, and until very recently we’ve been losing badly. It is a war for the minds of our children. Religions have no qualms about indoctrinating children even before they can form a rational thought, when they are most easily warped and shaped. Once a mind is formed as a child, it is very difficult to change as an adult. Anyone who has tried to argue rationality with a Christian fundamentalist knows they have an impenetrable Jesus Shield in place that simply deflects any fact contrary to their dogma. They not only don’t think about it, they don’t even hear it.

Religion is not just an alternative way of looking at the world. It is a controlled way of thinking. It is dictatorship over the mind. They are big on preaching free will, that their god allows us to freely choose to follow his will. But then they wrap that free will in chains of commandments and thou-shalt-nots so tightly their followers don’t dare think outside their box for fear of eternal damnation of their immortal souls. They aren’t even allowed to question whether they do, in fact, have immortal souls. It cripples the mind, then sells it a crutch. It is a form of slavery that should be fought with all the zeal with which we would fight against physical slavery. The goal of a Beta Culture should be to end this blight on humanity.

There is the notion among theists that Humans have an innate, almost instinctive, need for “God,” that everyone has always had gods. That’s not true. The early Chinese, one of the great cultures of the world, never invented gods. They had a Heaven, but that was a kind of system within which the dance of Life took place, not an Afterlife for the righteous. There was no capricious anthropomorphic deity that demanded worship in exchange for fair weather and good fortune. They worshiped, or at least prayed to, their ancestors, who they didn’t consider dead and gone, but simply transformed. They didn’t have gods until the Buddhists brought them from India. Then the Christians came and really screwed things up. But we can live without gods.

There is the notion that there can be no morality without the commandments of a god. True morality has nothing to do with a god. It is totally rational. It is about survival. Put in terms of the Venn diagrams you like, it is a set of concentric circles. In the center circle is Self. Our own survival, doing whatever it takes to stay alive, is basic morality. Any deliberate action that threatens that survival is immoral. The next circle is family. While I must strive to survive, to sacrifice my own survival for that of my family is a higher level or morality. I work at a job I hate to ensure their survival, and, if need be, I stand between them and the gun. The next circle is friends, to whom I have no blood connection, no genetic imperative, but only bonds of love. The next circle is community, some of whom I don’t even know, but still help when there is need. The next circle is nation, whose taxes I pay to care for the less fortunate among us, whose call for common defense I answer with my life. The next circle, the highest level of morality we know, is the Human species and the planet we live on. Morality is simply stated as, to quote the Vulcan, “The needs of the many outweigh the needs of the few, or the one.” Or, for those who like the carpenter, “Greater love hath no man, than that he lay down his life for his friends.” Morality is not about how we worship a god, but how we treat each other.

Beta Culture is not without precedence. The Hellenistic Era is generally considered to be such a culture. Philosophers and poets and artists were the honored ones in society, wandering all over the place and performing like rock stars. Philosophy was debated in the public arena. Schools of philosophy competed like political parties now do. And even though there were many gods and goddesses who had to be consulted for every trivial decision, there were also major schools of atheism. Epicurus’s life lived for the sake of pleasure was a very popular school of rationality and atheism all the way up to the end of the Roman Era, until the chaos of the times inflamed religious zealotry that drove it underground. Perhaps there one might find the remains of a foundation upon which to build.

In trying to figure out how to start a culture, you might also look to the Hippie culture of the ’60s. It sprang up out of nowhere, in little enclaves here and there, and invited the world to live in peace, equality and brotherhood (though it might have been a bit short on rationality, with the psychedelics and weird religious cults). It spread around the world in a very few years. And though it has mostly faded over time, it left an indelible stamp on the world that is still with us. Its music is still popular. Every now and then you see a budding political movement in Russia or somewhere adopt the look. As mature adults, its members are still pushing the political spectrum toward the liberal side, as with drug legalization and LGBT rights.

While I really have no idea how to deliberately start a culture, most of them seem to just evolve out of seemingly minor events, I agree with you that it is a worthy endeavor and I wish you well with it. And even if you cannot save the world, perhaps you can push the Sisyphean stone a little further up the hill.