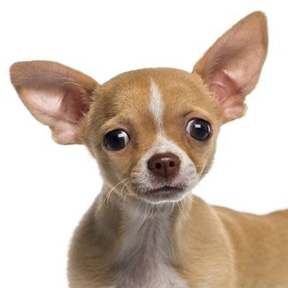 Someone once walked into my office with a basket of Chihuahua puppies. “Here, you want to hold one?” “Eww, no.” “What, you don’t like dogs?” “No, I LOVE dogs!” I threw up my hands and walked away. There was no way I was going to be able to explain why “loving dogs” and “feeling creeped out by Chihuahua puppies” could coexist in one person.

I’ve realized that most people, even supposed dog lovers, don’t really have a feel for the fact that there’s somebody THERE in a dog’s head, a being with feelings, a sense of self, and this other thing: a sort of life-agenda that has nothing to do with humans.

We command and demand so much from them, and mostly never let them be dogs. Which means … we never really KNOW them. We know only the fantasy-images of them we build up in our own heads. We ignore most or all of what they are.

They have no choice but to quickly adapt to whatever conditions we impose but, fairly often, it must be immensely frustrating for them.

This bears on the main reason I don’t like the tiny dogs. They’ve been interfered with so much they’re no longer capable of being DOGS. They’re more like toys with four legs — almost wholly the creations of the dimwits who made them that way.

News flash: The natural environment of the dog is not tucked into a purse. Or even cloistered away inside a house. Yet if these helpless little bundles of fur ever did get outside on their own, they’d still never have a chance of being a dog. Left to their own devices, they’d simply die.

In my mind, turning a dog into a little speck of “cute” is a betrayal of the bargain we have with them — the bargain of >>MUTUAL<< love and respect.

With Tito the Mighty Hunter, my big malamute-black lab mutt, I discovered I could find out who he was, what he wanted, what he might do, only if I made room in my life for an independent Tito, a Tito not of my making but of HIS.

I never expected him to do tricks, or be be “good” for my benefit or the benefit of others. My house was his house, my yard was his yard. If he wanted to dig a hole in the yard, that was fine with me. If he wanted to stop and gnaw on a deer carcass alongside the trail, I’d wait.

And oh boy, we took hikes, sometimes two a day. As a result, Tito was smarter, more relaxed, more aware, and friendlier than any dog I’ve ever known. He could annoy the hell out of me by occasionally going off and having his own adventures, but he was in all other ways a SPECTACULAR friend. Someone who taught ME things about life.

There are so many dangers in the human world that you can never let dogs be completely themselves, but you can let them be SOME of who and what they are.

When you do, they’ll surprise and amaze and delight — and yes, annoy — you. You’ll discover that dogs are not what you thought they were, and you’ll be a true Dog Friend rather than merely a Dog Owner.