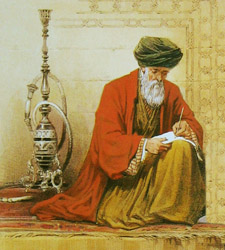 I’m writing in support of Professor P.Z. Myers regarding the attack campaign against him by Bill Donohue and the Catholic League.

Outside of anything else I might say, it would be truly comical – in a very tragic sense – if these complainants succeeded in causing Dr. Myers’ ouster from an American university. His dismissal would be an explicit statement that intellectual freedom in the United States was coming to an end, AND that universities were fair game for witch hunts by excitable extremists.

The action would set a precedent that would affect American higher education indefinitely into the future. No college professor, no college administrator, would be safe from such witch hunts by emboldened extremists, and universities might become testing grounds for the setting of fascistic benchmarks which educators would have to meet … in piety, in patriotism, in whatever field the screamers-of-the-day chose to set.

I see all of this as the final harvest of the Bush White House years. The fools who swept him into office, and the fools who defended him and his anti-intellectual cohort, would win a significant victory that would complete the erosion of civil liberties in the United States – including, profoundly, the one about religious freedom.

And in a practical, everyday sense: Really, how is it going to look if YOUR university is the one that kicks a college professor out for having an irreverent sense of humor? How will you fare in attracting good staff in the future?

I’m sorry you’ve ended up at the center of this storm, and I know you’ll be hard-pressed to decide how to weather it. I think the best approach would be one of good humor. You can defuse the uproar by showing how unserious it really is.

“I’ve considered this controversy over communion wafers long and deeply, and have decided that Professor P.Z. Myers, though he is a good friend and valued colleague, must immediately be removed … from the committee that provides snacks for faculty meetings.”

Really, sir, Donohue wants this to look like the storm to end all storms, and he wants you to run for the storm cellar to protect yourself. And if you choose to see it as an epic disaster, and act as if it is, that’s what it will be for you. You’ll have to look over your shoulder for the Bill Donohues of the world for the rest of your career. And so will everyone else in American academia.

But in the real world, what all this really is, is a lot of hot air, with little or no substance or force behind it. Donohue is a loud-mouthed coward, someone who hopes to bully YOU into firing a member of your staff … for his own self-aggrandizement.

I think you can walk right through him and his silly phantom of a storm and never even get your hair mussed. Even better, the stage is set for you to become a bit of a hero to academics all over the world. I can even imagine you and PZ, if you desire such a thing, sitting comfortably together on TV shows, talking and laughing about the whole thing.

You’d earn undying admiration simply by pushing back: “I never even considered firing him. Dr. Myers is a great educator, not only good at his subject and loved by his students, but also a great example to students of how much they can accomplish in their own lives as independent thinking individuals. I can’t tell you how pleased I am to have him on staff. Both personally and professionally, he’d be an asset to any American university. It’s our great fortune to have him at the University of Minnesota. I’m so convinced of this that I’m giving him an immediate raise.”

Don’t let these people use you. Shove back. Show them, show us, that you’re stronger than this foul little puff of air.

Best of luck in all that comes. And if I can ever help in any way, please be sure to let me know.

PS: A little bit about me: I’m a newspaper editor in Schenectady, N.Y., a writer and blogger myself, and something of a fan of Dr. Myers. More than that, though, I’m a fan of continued academic freedom in the United States, and unwilling to let this ridiculous broadside threaten it.

One final thought: I think you should also consider the flip side of all this. If there’s any REAL danger you face in this business, it isn’t from Donohue and company, it’s from … well, finding that history has shoved you into the spiritual company of the befuddled Judge Lance Ito of O.J. Simpson trial fame, or former Attorney General Alberto “No Job Offers” Gonzalez. Civilized history offers no special honors for those who capitulate to intellectual thuggery.