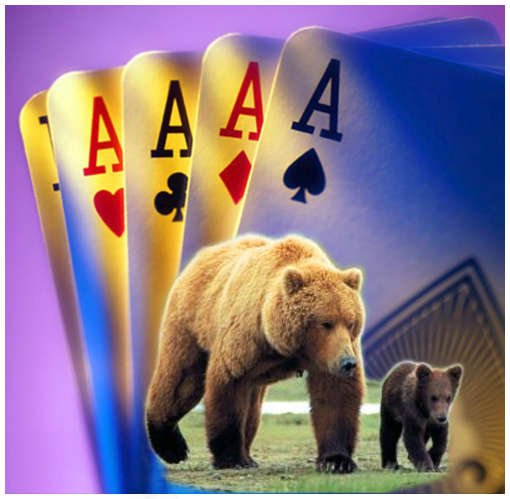 In America there is a safety-conscious social force backed up by the power of law – and constantly reinforced by frequent and large lawsuits – that decrees that every tiniest hint of danger must be stamped out of every activity. People must be taken care of.

Even in the midst of our riskiest pastimes, we do everything possible – which is always considerable – to eliminate the risk. The requirement for wearing floatation vests and helmets on river rafting trips is a good example.

Generally speaking, our lives are so safe (except from other humans) that we have to travel great distances, pay considerable amounts of money, and work very hard to contrive situations that enable us to experience a little real risk. Contending against the ongoing and all-pervasive campaign to make our lives safer and duller, we have to invent ways to experience excitement.

We entertain ourselves with the illusions of risk: We sit through adventurous movies. We ride roller coasters. We pay to enjoy indoor climbing walls.

And we make up scary stories for ourselves and our children, stories of monsters with fearsome teeth and claws, Face Eaters coming at us out of the night. We plaster befanged predators on the fronts of our magazines, and disseminate “true” tales of the menace from the wildlands.

Yet far, far distant from the world created on hunting magazine covers and supermarket tabloids is a place called Reality. In Reality, every bit of wildlife on “our” planet is susceptible to human will. To our anger. To our greed. Even to our carelessness.

And especially to our ignorant fears.

Wild animals are like nothing so much as a litter of newborn kittens left lying in the path of booted millions of marching humans. We can and do tread on them, and their only safety lies in their feeble, ignorant scramble to evade our crushing, world-spanning feet.

Somewhere out there is a grizzly – any grizzly, every grizzly – who knows nothing about any of this. He has no idea the entire rest of his world is occupied by an incredibly dangerous, barely-in-control (out-of-control?) predator: Man.

The grizzly has his teeth and claws, his own muscle power, a sharply limited intelligence, and no possibility at all of adapting to a changing world. His whole existence is part of a game too vast for him to imagine.

Human beings, on the other hand, have the ultimate hole card – the fact that we are the most incredibly, overpoweringly deadly animal ever to live on this planet.

Drop a human down in grizzly country and see how long he lives. In fact, the experiment happens thousands of times every summer, and with extremely rare exceptions, the man remains healthy for the length of his stay.

Drop a grizzly into the middle of a human habitat, a city, and see how long he lives. The answer would be a matter of hours at most. Which is the more dangerous?

To put a finer point on it:

Humans are so dangerous, we’ll kill predators for decades after a predator attacks just one of us (even a perfect stranger), and we’re so bright we can remember a grudge for generations.

We’re so dangerous, we organize and deputize our killing; we hire people to kill millions upon millions of captive, helpless prey animals – each year.

We’re so dangerous, we have gadgets — traps, snares, landmines — which will kill at random, and without even having a human present, for months or years after being set in action.

We’re so dangerous we produce chemicals which will kill any creature they touch. We produce substances that will deform, cripple or kill anything and everything for decades after we last used them.

We’re so dangerous, we and our children kill – for fun – creatures such as songbirds and ground squirrels which are not only harmless, but absolutely useless for food, fur or anything else.

We’re so dangerous that even our well-fed pets kill – for fun – birds and small mammals in the millions every year.

We’re so dangerous that we in turn kill those pets, in untold numbers, simply because we become bored with them.

We’re so dangerous, we kill by accident, just as a side-effect of traveling on our highways, uncountable millions of animals each year, in this country alone.

We’re so dangerous that merely building homes and growing the food needed for our burgeoning billions results in the deaths of unreckonable numbers of other creatures, as we thoughtlessly consume the habitat they need to survive.

We’re so dangerous that a single juvenile human can torch a thousand square miles of wildlife habitat in one weekend – simply by dropping a lit match.

We’re so dangerous we kill, by accident, even our most beloved family members and acquaintances: our children, wives, husbands, lovers, friends and neighbors – to the tune of thousands each year – in household, auto, playground, school sports, recreation, fire and shooting accidents.

We’re so dangerous, we kill, deliberately, members of our own species in the thousands each year – in the commission of crimes, in law enforcement activity, in military actions, in deliberate murders.

We’re so dangerous, we have the power, via nuclear weapons, to wipe out most life on the planet in a single afternoon.

No animal or collection of animals on earth could ever even conceive of the ability to do this. No other creature on Earth could be so unconsciously, unintentionally destructive. Even with full, constant, murderous intent – virtually nonexistent even among predators – no animal could ever hope to equal the dangerous potential of the world-sized monolith which is Man.

The grizzly is in a game which he cannot hope to win, a game which he doesn’t even know he’s in. He can never even comprehend the stakes: that his entire species — and thousands, perhaps millions, of others — is on the line.

What chance does the grizzly have against human beings?

Out of billions of chances for death, out of near certain extinction, he has this one chance for life: that human beings will choose not to bet against him.