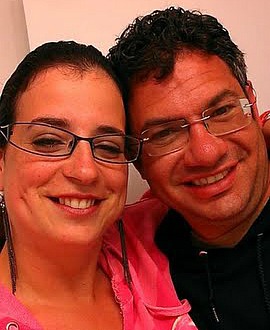 Generally I aim my verbal volleys at the Christian world, with the occasional whack at Islam. But this caught my attention after my recent riff on Hasidic Jews in Beta Culture: To Not Be Owned:

A women who left an ultra-orthodox Jewish sect committed suicide in September.

Ms. Tambor, 33, had forsaken the Hasidic Jewish world in which she was raised and married, a decision that undermined her relationship with her children. Her Skver Hasidic sect in Rockland County, N.Y., was concerned that Ms. Tambor’s freer lifestyle might be a subversive influence on the children, and whether it swayed the children to keep their distance and limited her opportunities to visit has become an emotionally charged question in wider Jewish circles.

Articles in The Forward, The Jewish Week and the online magazine Tablet and on blogs run by Hasidic defectors, like Failed Messiah, have detailed the agonizing challenges facing those who leave the insular world of Hasidim, where dress is austere, the language is Yiddish and religious obligations structure each day.

Former Hasidim seeking child custody arrangements find that rabbis, community leaders and Orthodox Jewish family therapists line up with money and witnesses behind the Hasidic spouse. Such influence is especially powerful in a place like Rockland, a county near New York City where one-third of the residents are Jewish.

Descriptions of her forced estrangement from her children are heartbreaking. Though her ex-husband refused to comment, the husband’s cousin laid her death off on mental issues somehow related an automobile accident.

“She became unbalanced,” said Mr. Melber, who is Hasidic. “Her husband tried everything in his power to hold things together. She started going in a bad direction. There was a feeling the kids are not safe with her because of mental issues.”

Okay, crazy woman. Right. Protect the children. And it might be so. But another wrinkle comes in when you follow the links.

Weiss, her live-in boyfriend, said her family had disavowed her earlier, when she told family members that she had been sexually abused by a member of the tight-knit New Square community as a child and they denied it.

Driven by her depression, Tambor checked herself into a psychiatric hospital, said Weiss, which is when family members in New Square moved to block her from seeing her children, who are now 11 and 13.

“Her depression started when she decided to leave the community and was threatened with losing her kids,” Weiss told The Forward. “Her biggest issue was that no one cared for her, everyone blew off all her issues.”

The sordid story ends with family members — apparently “shamed” by her taking her own life — denying Weiss and 40 of her other friends the right to attend her funeral. One of Tambor’s uncles even called the police in an attempt to force them to leave the area near the funeral home.

Finally, there’s an interesting light shed on the cultural community itself. Footsteps is an organization that assists those desiring to leave the ultraconservative community for the larger world. From the “Challenge” page — “Why is Footsteps Necessary?”:

“There is one particular gole that I want to achive. That gole, is getting a hier education. By a hier education, I mene going to college or university for sevrel years and excelling in the particular subjects that I think I’m good at” (Benny, 19).”

This is a 19-year-old AMERICAN, remember. From the Jewish cultural community, widely respected for its strong emphasis on education. Except in this case …

Ultra-Orthodox communities are insulated from the contemporary secular world and keep outside influences from challenging their basic beliefs or affecting their highly structured way of life. Education is carefully controlled — for boys it consists almost entirely of religious subjects. Girls are given a limited practical education and for many men and women Yiddish is their first language. Exposure to radio, television, movies, secular newspapers and literature of any kind is officially prohibited.

Footsteps aims to assist with  “educational, vocational and social support” for those escaping “the insular ultra-religious communities in which they were raised.” This bit, from their “About” page, is eye-opening (emphasis mine):

People from the ultra-orthodox and Chasidic communities who choose to enter mainstream America currently do so AS NEW IMMIGRANTS IN EVERY SENSE. They face cultural disorientation and isolation coupled with a lack of practical and marketable skills.

Finally, from the “funeral chaos” story: The village of New Square, Rockland County, NY, about 50 miles north of NYC (emphasis again mine) …

… is considered one of the most culturally isolated towns in America, with SEX-SEGREGATED streets and FEMALE RESIDENTS WHO, in obedience to the town’s rabbis, DO NOT DRIVE.

The “sex-segregated streets” bit apparently means women are required to walk on the opposite side of the street from men. Gah.