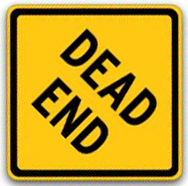 I’ve recently been toying with the idea that each of us has an “adaptive limit.”

The adaptive limit is that point at which growth and change becomes impossible.

Some people are flexible and adaptable for almost their entire lives. They’re the ones who can take on new ideas, new thoughts, new viewpoints, and not get bent out of shape by them. They can hear arguments that don’t agree with their own and calmly consider them. They can be creative, they can change and grow.

Others have a lower adaptive limit. For these people, new or contrary ideas, new conditions, literally cause a stress reaction. The way they avoid that stress — which might be mere discomfort, or might rise into fear that can verge on panic — is to avoid the new idea or situation.

The adaptive limit can change within one’s lifetime. Education — the gaining of new knowledge or skills — can raise it. Conditions that enhance personal empowerment, such as better diet and physical fitness, can raise it. But various other kinds of of stress — illness, injury, aging, emotional trauma, the death of a loved one, fear, even simple poverty — can lower it, temporarily or permanently.

Those who reach or approach their adaptive limit become less able, sometimes unable, to think about new things. They simply reject them. All they can handle is simple, or simplistic, concepts.

That rejection, by the way, can range from simple refusal to think about a thing to violence — an attempt to destroy the new thing, or the person who embodies it.

The thing is, reaching one’s adaptive limit is probably not something you can hold against a person. For instance, I don’t think people voting for Trump are necessarily evil or stupid. It may be (probably is) that they’ve reached their adaptive limits, and simply can’t think about contrary new ideas. They’ve grown comfortable in that Fox News / Teabagger cradle, and can’t even imagine leaving.

One of the things this means is that calling them stupid or evil is actually counterproductive. It stresses them more and causes them to react with even greater stubborn (or even violent) adherence to whatever position they hold.

Another thing is that if you WANT to lower someone’s adaptive limit — in order to make them easier to control or manipulate, for instance — you just need to scare them, to keep them scared and paranoid. You end up with a bunch of people who are neither creative nor thoughtful. People who will take no chances and who, when in doubt, will default to obedience to traditional leaders or beliefs. Willing drones, in other words.

Side Note 1: Nothing I’ve said above implies that you have to enable whatever sort of destructive effect an adaptive limit victim visits on you. You have to stop them, but it’s because of the destruction rather than because you don’t understand their plight.

Side Note 2: Also by the way, I don’t think Donald Trump’s problem is a low adaptive limit. It’s more that, as a child of vast privilege, he’s grown up with stunted empathy and conscience. In short, he’s a rich asshole.