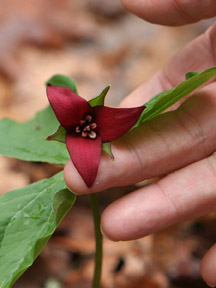 Whew! Sure was a lot of gravity last night. I think it may have gusted up to 1.5 Gs or so.

I felt heavy, anyway. Coming out of my newspaper office last night, I noticed how tired I was, and how “compressed” I felt. For a moment as I thought about it, it really did feel like I was carrying a 45-pound backpack.

Yet I woke up this morning thinking how good I felt.

Which is a topic all its own: I should tell you I have this weird ability to maintain tension even when I’m sleeping. I developed it over the course of years, I think mainly because I read in bed at night. When I was younger, I’d fall asleep and drop the book, but over the years this came to happen less and less, until finally I’d wake up hours later still holding the book in position for reading. My subconscious had learned gradually to hold the book in place without dropping it. The ability generalized to my whole body eventually, so that if I went to bed clenched up from the day, I’d maintain the tension all night long and wake up the same way.

I’ve seen those films of people tossing and turning in their sleep, and heard the confident statements of sleep researchers which said we all do it, but I swear, some mornings I wake up in the exact same position I fell asleep in, and I don’t think I’ve moved at all.

All of which means that most mornings, I wake up feeling dully ungood. Sluggish.

Years back I came across the Camus quote “In the depths of winter I finally learned there was in me an invincible summer,” and immediately misremembered it as “In the depths of winter, I discovered within myself an invincible spring.” And for years, I’ve felt that that invincible spring was optimism, but also fitness. No matter how old you were, I’ve believed, you could turn back the clock a little bit, sometimes considerably, by losing weight and/or toning and strengthening your body.

It was just that, for the past ten years, I never bothered to do it. So I couldn’t find my invincible spring. I slid gradually into gaining forty pounds or so, adapting and adapting and adapting to it day after day, until eventually I reached my own adaptative limit, and was uncomfortable every minute. Even lying down didn’t feel all that good. And the tension crept up to be a constant.

After a mere 3 days of eating less, eating different, and working out at the gym, I believe I’m feeling the first thawing of ice. Somewhere on the horizon is my invincible spring.