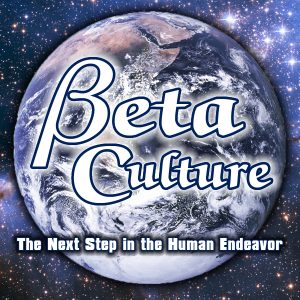 Had a little epiphany today about the sense of humor, and why ultra-conservatives don’t seem to have much of it.

Humor requires a certain flexibility of mind, a capacity to quickly change mental directions. The lead-in to a joke sets up a certain expectation, then the punchline forces a radical departure from that expectation. The unexpectedness makes us laugh.

A Hasidic Jew walks into a New York City bar with a frog on his shoulder. The bartender says “Where the heck did you get THAT?” The frog says “New Jersey! They’re all over the place down there!”

I’ve toyed with the idea of something I call the “adaptive limit” in humans. People who grow up in an environment that encourages adaptability, continued learning and growth and experimentation, they have a high adaptive limit. Those who grow up in conditions of fear or stress have a low adaptive limit. Whatever one’s adaptive limit, anyone who has their limit exceeded by too much stress, trauma or pressure, they shut down and react mechanically rather than creatively or openly. They play out trusted mental patterns or reactions from the past, because they literally can’t come up with anything new.

We beat on Southerners and religious people for being “stupid” and “hateful,” but I sometimes think a better approach would be one of … kindness and understanding. Not acceptance — bad ideas and behavior don’t stop being bad. But an understanding that takes into account their limits, limits unsuspected even by themselves. They’re not bad, necessarily — they’re wounded. They have something like PTSD just from everyday life, and need a more compassionate approach to helping them open back up and begin to grow again.

And maybe a lot of them never will. Maybe — from damage too great to heal or the inflexibility of age — they’re just not up to it.

With my impatient nature, I’m probably one of the worst people to tell others to be more compassionate and understanding.  But  strategically, I can see great value in the larger atheist community working out approaches to dealing with certain populations that will take into account their adaptive limits, and reactions they probably have little control over.

And now I’m thinking of certain inflexible and even somewhat irrational people on the liberal end of the spectrum, and it occurs to me there can be liberal-trending people who also suffer from exceeded adaptive limits.