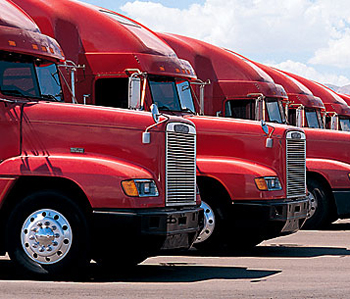 Those of you who knew me as the Blue Collar Atheist, and who lament this high-falutin’ “Citizen of Earth” business, I may be getting back into the red-necky-blue-collary stuff in the near future.

Currently I drive a van for a drug and alcohol rehab facility. Five days a week, I drive more than 350 miles, round trip between my upstate New York town and New York City, to fetch and return rehab clients.

The work is interesting, sometimes fascinating. I’ve expanded my human horizons in that I’m interfacing with a demographic I’d never really dealt with before.

Oh, boy, have I wanted to write about them. But I haven’t, mainly because they’re humans, not … you know, things. Blog-fodder subjects I can casually deconstruct or joke about. Even at several removes on their identities — not telling you exactly where I’m working, not telling you their names, or any specific personal details — I would still feel uncomfortable relating any of their personal stories.

Mostly, as I’ve discovered, these are normal people with this Problem. Alcohol. Heroin. Crack. Xanax. Stuff I never heard of. And some have additional physical troubles such as a positive HIV status or hepatitis or … could be anything. But still, just people.

I have met a very few — maybe 3 or 4 in my 1.5 years of doing this — I might consider sociopaths, someone for whom the entire universe was created so they could be the center of it. You’d think someone like that would be some big ugly guy, but no, not generally. More often (in my sharply limited experience), they seem to be uber-charming, lovely young women. And I say I only “might” consider them sociopaths, because I carefully hold back on that judgment, fully aware that the field of drug addiction contains vast truths of which I am still pitifully unaware. I can’t begin to understand what drives one might come to have under the merciless lash of addiction.

I suppose I’ve known a few alcoholics in my life, but before this job, I can’t say I’ve ever really known a drug addict.  And even among the supposed alcoholics, I’ve never known one who lost a job or had other serious problems from it. So this is mostly subdimensional physics to me — a parade of people who will always be mysteries, interesting and sometimes sad beings who pass through my day, touching me only very slightly.

One part of the larger therapeutic environment is that bit based on 12-step programs, with liberal amounts of God and Jesus and Higher Powers sprinkled in. Knowing full well that my job is transporting these vulnerable people, with no scrap of it containing any right to meddle in their heads, I have given no hint to either clients or co-workers that I have the convictions you know I hold. And though other clients in the van might casually ask them what their drug(s) of choice are, or which prisons they’ve resided in, that’s stuff I’m careful never to do. Mostly I try to be nice to them, and smooth what is already a stressful day — a stressful life! — with music, a little tour-guiding, a listening ear, and lots of companionable silence for the long drive.

I can feel myself already getting tired of it though. There’s a certain strain in interfacing with addicts for many hours each day, day after day, week after week. And the job certainly doesn’t pay enough, even with benefits, to get me through my life in any halfway comfortable fashion.

So: I’m studying to get my CDL license, and sometime later this year I’ll be out hunting for truck driving jobs. Hopefully long-haul stuff, hookup-and-go loads along the interstates. There are a lot of hoops to jump through before it happens, but I think I’m headed that way.

I have to make a living, and I haven’t been very good at that for several years. I want to be able to pay my bills again, and get some dogs again, and live somewhere out of a city, where said dogs can enjoy some off-leash outdoor time and maybe a nearby creek.

I have several books yet to write, as I think I’ve told you, and I want nothing to get in the way of that. But book-writing for most of us is not a bill-paying enterprise. (You knew about this one, right? Hint, hint.)

Even if I break new ground in my book about dealing with death as an atheist (out sometime in 2014), it’s probably going to be anything but a bestseller. Who wants to buy a book about death and dying? Not even me, really … but there are still some things worth saying, and I think SOMEBODY has to do it. You know, for our people. For us.

I also want to carry on writing about — and hopefully speaking about — Beta Culture. Because I think it’s important, really important, and I’d like to see it actually happen.

But anyway, this time next year, I might be a trucker. Brace yourselves.

Hell, I might go all the way — pick my Southern accent back up, and start writin’ trucker love songs.

Baybuh, you done me wrawwnng,
Cain’t even think where to start,
I jist know I’m cryin’ tears,
For how you  jack-knifed my heart.