How about some random thoughts on what I have in mind for Beta Culture? Understand that I don’t in any sense think the thing will “belong” to me, or that I should have the sole power to shape it. But in this early stage in which I’m fleshing out what *I* mean by the basic concept, I want to lay out some of what I imagine it SHOULD include.

Commenter “rickschauer” recently asked:  “What’s next, a Beta Culture Congress, something like the Continental Congress?”

Yes, exactly! To begin hammering out the details of the thing, I imagine something like that taking place. Starting … soon? I want a few more months to explore it. I probably intend to write a book about it. But then I – and I hope many others – will want to DO something with it. END_OF_DOCUMENT_TOKEN_TO_BE_REPLACED

Picture these two groups of people and see if you can guess the rule that groups each together into common classes.

It’s this: Members of the first group are generally inward-directed. They focus their interests within their own group, and mostly don’t expect others to give way to their beliefs or practices. Of others, they expect only to be allowed to live their lives in peace. END_OF_DOCUMENT_TOKEN_TO_BE_REPLACED

I’m including the horrifically bad movie trailer for “Innocence of Muslims” at the bottom of this post.

1) Freedom of speech is damned important. No, you don’t get to shout “Fire!” in a crowded theater, but if you shout “Fire!” on the Internet, and people have to actually make an effort to find and watch the video of you shouting, that’s not the same thing at all. END_OF_DOCUMENT_TOKEN_TO_BE_REPLACED

This is a little nothing, just a bit of me that bubbled up in my head this morning. Maybe it’s a birthday wish for myself.

Well, I should tell you about where and when I saw it, first, so you’ll know why it matters to me.

I lived, as some of you know, in the mountains in central California, the High Sierra. I was on the east slope, not far from where California and Nevada butt together, and about midway up the range, not far south of Yosemite National Park. END_OF_DOCUMENT_TOKEN_TO_BE_REPLACED

But you don’t get to see them unless you click below the fold. The pictures are so awesome, so breathtaking, that I fear you will be awed and breath-taked to the point that you’ll pass out and fall onto a smaller, less massive bystander — possibly a child or a dog.

Meanwhile, content yourself with this picture of an extremely rare bird known as a “sea gull.” (Click to embiggen.) END_OF_DOCUMENT_TOKEN_TO_BE_REPLACED

I’ve been planning to go on a whale-watching tour near Boston, but a surprising number of obstacles have fallen in my way. I still MIGHT get to do it, but I have to wake up at 5 a.m., rent a car and drive for about 4.5 hours to get there. After the whale tour (several hours, I imagine), I’ll most likely be driving for another 4.5 hours to get home and sleep in my own bed.

When I get back, I have a lot more good stuff to post about Beta Culture. (And maybe some whale pictures.)

Why has my old post Calvin &  Hobbes Epilog — Extra Bacon!, from July 22, gotten so many hits today?

My stats page has it about equally popular with my two recent Beta Culture posts. Where are all these people coming from? How are they finding this more-than-a-month-old post?

An epilog to Calvin and Hobbes is definitely worth looking at, but hey … I’m tryna change dah woild heah! Show some respect.

Briefly but vividly imagine this:  At your request, a trusted member of your religion removes the foreskin of your newborn son and then … dips his head down and PLACES HIS MOUTH onto the open wound. You really have to hope there are no communicable diseases on his lips or floating around in his saliva, because there would be no better time to pass them along.

According to the New York City Dept. of Health and Mental Hygiene, it happens. END_OF_DOCUMENT_TOKEN_TO_BE_REPLACED 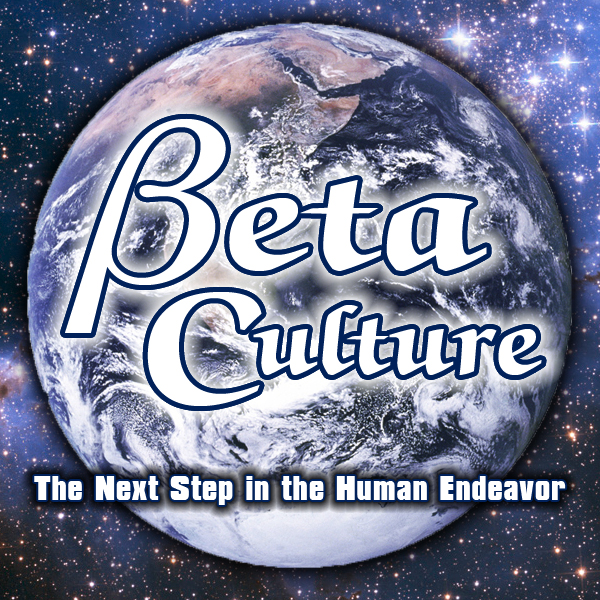 Thinking about some of the things Beta Culture will entail, I know education has to be an early and definite part of it.

I’ll talk about one aspect of that. We secularists have been almost frantically hands-off when it comes to the intersection of religion and children. Something you hear extremely often is the bit about “Well, let’s give them both sides and let them make up their own minds.”

I’ll tell you where I think that comes from. It comes from fear of being wrong. Of telling kids wrong things.

(And, well, fear of blowback from the godders. But if we are ever going to get over that, this is the time. There’s too much riding on this to be faint-hearted.)

Even most full-on atheists will back away from telling young people explicitly that there are no such things as gods. But we should be including that statement in every course that deals with real-world matters. It should be stated on Day One of every class.

“Everything we’ll be doing here this semester is based on this bedrock principle – that the real world exists, and that all the supernatural, goddy, mystical, fantastical stuff doesn’t. There really are no such things as gods. There are no ghosts, no demons or angels. There is no afterlife, no Heaven or Hell. No spirit mediums or psychic powers, no flying saucers or free lunch. Physics works, chemistry works, geology works, astronomy works, and it all works because reality is reality. What we know of reality, the principles and specifics of it, has been discovered by hard-headed realists who worked their asses off to figure things out.”

But we don’t do that. Because most of us don’t know that we can, or that we should. Instead we say “Well, maybe you and I don’t believe in God, but you can’t KNOW, with 100 percent certainty, that a god doesn’t exist somewhere.”

That statement right there leaves open the door to a HUGE wash of nonsense.

What we’re faced with is our own striving for perfection being used against us. We don’t want to say no gods exist because we’re not sure we can justify the statement … by OUR standards. We don’t want to slide down the slippery slope and get to where we’re as sloppy and false as the people on the goddy side of the claim.

But meanwhile, we act as if the question is wide open. We leave kids with the impression that we’re not SURE whether or not a supernatural superbeing exists. That it may exist.

Of course we’re sure. Every confident realist is totally comfortable with the idea that nothing of the sort – nothing that’s ever been described by humans, anyway – is even possible.

After all, do we think there’s a giant man with a white beard sitting on a 50-ton throne of gold somewhere in the sky? No.

Do we think there’s an actual red-skinned Devil, all horns and pitchfork and evil laugh, capering around underneath us in caverns of fire? No.

Do we think two naked people, a man and a woman, lived in a luxurious garden 6,000 years ago and spent their time having conversations with a snake? And they were the only two people alive, the first two people to ever exist on Earth? Hell, no we don’t.

Just as we KNOW there are no magic beans that will grow a stalk up into the sky and open onto the cloud-foundation of a giant’s castle, we know all of these religious fantasies are absolutely false.

We’re just afraid to say so, directly and emphatically, because we think it goes against our basic principles of absolutely accurate judgments of reality.

But look, there’s this line we’re asked to take sides on.

If we think there’s a 0.00000001 percent chance one of these supernatural suberbeings thing might exist, we can’t bring ourselves to stand on the side of the line that says “Nope, no way, doesn’t exist.”

Instead, we feel obligated to stand there saying “Okay, yes, it MIGHT exist.” Hell, we’ll even argue for its existence among ourselves, not only allowing ourselves to leave the door open, but insisting others leave the door open too. “But if you say you’re  absolutely convinced there are no such things as gods, aren’t you being just as irrational as the ones claiming they do exist?”

No, you’re not. Because there’s another position regarding that supposed dividing line, a third choice that says …

“Hell, there’s no way these things exist. No rational person would spend two minutes evaluating the non-evidence for them. You’d have to be crazy to hang there in indecision, when there are so many more important issues to deal with.”

… But that also leaves the door open, as any rational person would, for the believers to offer more evidence.

I’m not saying wait around for that evidence. Just as none of us is holding off on judging the existence of magic beans, patiently waiting for more evidence, and meanwhile saying “Well, they MIGHT exist …”

I’m saying, make the bald, emphatic statement “There are no such things as fucking magic beans, and no sane person believes there are.”

And THEN, if by some remote chance the magic bean people want to actually show up with beans, we yell out “Plant those suckers! When we can see the stalks from 50 miles away, we’ll be over here like a shot. Count on it!”

No God. No gods. Not now, not ever, not anywhere. Period. The question is closed.

What we face is a double standard. And we let it be used against us.

The double standard is that the one side can make any claim at all, with no evidence, like a teenaged writer making up elves or dragons to populate a second-rate fantasy.

But that WE, the rational side, are then expected to operate by ten-decimal-place certainty before we turn down the possibility.

Get it? There’s this fluffy, indeterminate, marshmallow domain of fantastic supernatural claims, and there’s this diamond-hard domain of physics and decimals.

An argument advanced in the marshmallow domain does not require an answer in the domain of diamonds.

They can’t expect us to hold off on deciding until THEY produce more evidence. On the other hand, we CAN expect them to deliver more evidence before we spend one more second on the thing.

If they want to argue it with us, let THEM cross over into the domain of diamonds, and produce some diamond-hard, diamond-durable evidence.

On the question of a supernatural superbeing, we should always say “There’s nothing there. The thing does not exist, and we won’t spend two seconds thinking about it. If someone says it does, if they say we’re wrong, they must damned well PROVE IT.”

And that’s what we teach kids. We don’t hold off, giving them “both sides” and then “letting them decide.” We teach it to them the same way we teach math, or physics. We teach them the facts. We teach them to CARE about facts and to laugh at silly fantasies. And we teach them starting in kindergarten.

Anything less and we become accomplices to the spreading of the lie. And damn, NOW is the time we stopped doing that.

As I see it, Beta Culture would call on all educators everywhere to begin simply telling kids the bald facts. No sugar-coating, no waffling.

“To the best of all human knowledge, this is how it is: No gods, no ghosts, no souls, no magic, no luck, no psychic powers, no supernatural, not anywhere, not anywhen. The universe just doesn’t work like that. Anyone who tells you different is lying to you.”